Even though Tim Diggle is a freelance Flash developer, non-techie freelancers can learn or at least be inspired by Tim’s story. This video clip is created by a U.K. digital placement agency called Major Players. A lot of freelancers turn to placement/temp services like this for a variety of reasons, but Tim’s advice applies whether you’re with an agency or going it alone.

His short section on how to deal with an agency is pretty good stuff for anyone about to explore that option–you really do have to be on top of your game to compete at the agency level, but more on that in another post. 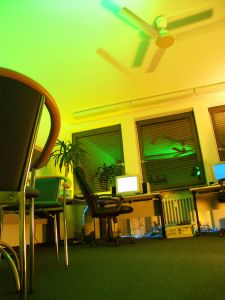 Once you have studied a publication, done some homework on who to send your query letter to and have written up a query (we’ll cover that in another installment) you hit the mailbox or e-mail and wait for a reply.

At this stage, new freelancers often have the same two questions: how long does it take to get a reply, and what happens if they turn me down?

The answer to question one? There is no set answer–it all depends on the publication. In my own personal experience two things usually happen when the editor is actually interested in working with y ou–you’ll either get a reply right away (a week or two in some cases, but I’ve had editors write me same day when there’s something they really like) or you might hear back from the editor in a year, saying “I was interested in this when I saw it last year but got busy and forgot about it. Would love to work with you NOW, though.”

Then again, editors get swamped with work, and their idea of an immediate response will definitely vary from yours. Patience is the name of the game.
When it comes to rejection, in my experience two things tend to happen–especially in the early stages of your freelance career. There’s either no reply at all, or a quick note to say “thanks, but we’re full.” A detailed reply in my own experience was rare. But that’s not to say they don’t happen. When gonzo journalist Hunter Thompson was trying to land work, he often got detailed replies thanks in part to the outrageous nature of the queries he often sent.

My rejection letters, which in the early days included Wired magazine and Writer’s Digest, were quite informative–if you get an actual rejection letter that isn’t a glorified form letter, read it carefully. My rejection letters taught me plenty. Wired told me my stories were good, but too late–the editor himself had already written a couple of pieces on the subjects I wanted to cover. In other words, I hadn’t done my homework properly.

My rejection from Writer’s Digest told me there was a line a mile long to get into that magazine and that I should find creative ways to sell my pieces to different magazines that had less competition. And that’s one of the keys of being a successful freelancer–learning where to submit your work where there isn’t as much competition as with Popular Magazine X  or Insanely Trendy Website Y that EVERYBODY wants to submit a query to….

E-mail interviews are, for many, something to be avoided at all costs. The answers frequently return with nothing but self-serving crap that nobody wants to read.

How do you avoid getting such responses? Sometimes it’s inevitable no matter what you do, but an interviewer can at least try to pass on some guidelines to keep them from going totally mad when fielding the answers:

END_OF_DOCUMENT_TOKEN_TO_BE_REPLACED 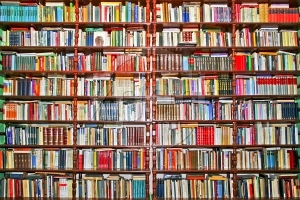 Some wise old sage out there has the answers I seek. Why, oh why does every public library stock Writer’s Market books from four years ago but not the most current version? Why do people write books claiming to help you with your writing or writing career that are filled with generalities rather than specific common-sense advice? Ever notice that all the magazines for writers are filled with plenty of encouragement but precious little info on critical issues like where you’re going to find your health insurance when you go fulltime?

I could complain about this stuff til I am blue in the face. Instead, I’m going to offer some suggesions that we writing bloggers and blog readers should take to heart to make our world a better place. I’ll direct these comments to myself and anyone who wants to jump on my bandwagon is welcome along for the ride: END_OF_DOCUMENT_TOKEN_TO_BE_REPLACED 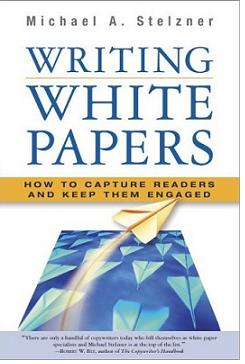 White papers can be a great source of income for a hungry writer, but this is a type of writing newcomes shouldn’t take on lightly. If you’re scratching your head at the very phrase “white paper” you owe it to yourself to check out this book by Michael Stelzner on the subject.

White paper writing has been described as a cross between promotional and magazine article writing. You need to be able to make a case without the copy reading like a blatant ad for a particular product, service, or combination of the two.

White papers can be used to present a position, encourage a course of action, argue why one set of products, services or solutions should be used, the possibilities are endless. Stelzner’s book outlines a game plan for white papers (no matter what the topic) that can help you get an outline together and make a strong presentation. Newcomers to this type of writing will benefit from Stelzner’s coverage of research, doing interviews, gathering material and all other aspects of the process.

Of course, those not currently writing white papers may scratch their heads and wonder why this could be a valuable addition to a writer’s toolbox. For my money, it’s just like being able to do your own photography–anything that makes you a better sell as writer is a good thing. Expanding your horizons should be a prime consideration if you want to thrive as a writer.