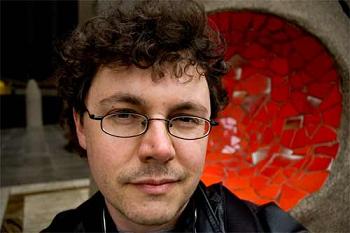 He has recorded professionally all over the globe including Japan, Korea, Iceland, Greenland, Norway, Lithuania, Honduras and many other locations. His audio resume and demo reel are at Joe-Wallace.com

Contact him for rates and other details by e-mail: jwallace(at) freelance-zone (dot) com.

His current projects include location audio for indie films, voiceover work for projects including a video game for Shedd Aquarium, sound design and post production work for trade show multimedia displays, and soundtrack work for a variety of projects.

He advises companies and individuals on social media best practices, web content, and communicating on the social web. Wallace brings the snark as the founder and resident vinyl junkie at Turntabling.net, dispenses advice for freelancers at Freelance-Zone.com, edits video, and in his spare time writes music and does DJ gigs in Chicago.

One thought on “Joe Wallace, Editor”