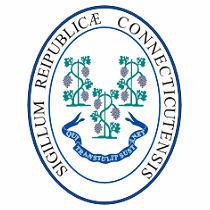 We don’t claim to represent everything Connecticut has to offer for writers, but we’re always looking for more. Keep an eye on this page as we’ll continue to update resources periodically.

Westport Writers’ Workshop focuses on the mechanics of writing, coaching, retreats and other events for writers in or near the Westport area.

The Connecticut Sportswriters Alliance is a great resource for anyone interested in networking or breaking into the field of sports writing. The official site has a handy list of Connecticut media outlets.

Hartford Area Writers is just one of the many writers’ meet up groups based in Connecticut.

Pencils! Writing Workshop is for writers across a variety of genres including freelance writers, novelists, poets and children’s book writers.

Connecticut press and non-fiction writers will be interested in the Connecticut Daily Newspapers Association.

The Connecticut Authors and Publishers Organization is, as you might expect, aimed at those interested in publishing books. They’ve been serving authors since 1994.

The Central Connecticut Writers Group has a presence on Blogspot and Facebook. The group is for novelists and short story authors.