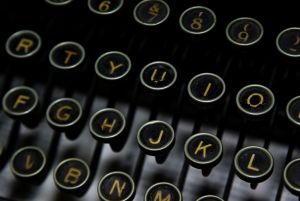 In the freelance world, what goes around definitely comes around. I remember a recent situation where a fellow freelancer had to bail on a project and left some work that needed completing; long story short, I stepped up to help. When it came time to get the materials for the project, my colleague got a strange attitude–as if he couldn’t be bothered to actually deliver the materials I needed to help finish the gig on time.

It all worked out in the end, but lo and behold a few days later this same person wanted me to do him the same courtesy I’d asked for (but not gotten) with the project materials. Funny how that works, eh?

In these situations I try to take the high road, but now and then every freelancer succumbs to the guilty pleasure of really sticking it to somebody when they seem to deserve what the Brits call being “kicked back into touch.”

I don’t advise this since freelancer karma works both ways even when you’re in the right. I usually just take satisfaction in knowing that I was vindicated and move on.

I do make sure the person knows they owe me one, though–and that’s a LOT more productive than giving in to the temptation to be a bit petty. The real danger in these situations is that the person on the receiving end of freelancer karma often winds up becoming grist for the writing mill.

In the words of a t-shirt I spotted for sale online recently, “I’m Blogging This”.

Fooey on you, karma scofflaws!

There are two kinds of karma a freelancer can earn. In the earliest days of my career as a writer/producer for radio and television, I had three people who took the time to pass on some genuine wisdom about how to survive and grow in the craft. One was exceptionally generous–even monetarily. I was in my early 20s at the time and had a lot to learn, so for anybody to take a snotnosed, know-it-all punk in tow had to have a great deal of patience.

One thing that my three mentors passed on to me was the notion that I didn’t owe them anything except one thing: when I had the opportunity to do the same for someone else, I’d be obligated to do so.

Many years later I find that opportunity again and again. Every time I have an opportunity, I feel obligated to at least try to do SOMETHING. It’s the only way I can pay back the people who took the time and energy to help polish my rough edges off.

The thing is, freelancer karma works both ways.

Once upon a time in a galaxy far, far away I had to let a freelancer go. It was someone I had tried to work with, giving a lot of advice, fine tuning, trying to work with someone who clearly needed some guidance. The problem was, this was a writer in the early stages of a career and didn’t a lot of polish. In fact, the skills were really quite basic, but I took a chance on this person anyway. I thought I saw some potential, but when the going got tough, the effort just wasn’t there and we had to part ways.

The business relationship didn’t last a terribly long time, just long enough for an editor to figure out what the writing on the wall was saying and terminate things before they got truly awful. Unfortunately, when it came time to part ways, the writer didn’t take it very well. This person did not go gentle into that good night. In fact, with apologies to Dylan Thomas, END_OF_DOCUMENT_TOKEN_TO_BE_REPLACED