In recent years it seemed like everyone was going freelance, working from home, doing the thirty-second commute. But in more recent times it looks like the rubber band, so to speak, of freelancing is snapping back the other way. Consider the latest news about Yahoo and its new CEO’s policy bringing in work-from-home staff back into the office. Is this a trend you can watch spreading to other companies who suddenly decide that working in your jammies is bad for productivity?

Not yet. But keep watching those headlines and you might see plenty of “me too” stories about others, inspired by Yahoo, who want to yank their employees back into the land of the cubicles.

This is good news, and bad news for freelancers. The good news is that the reality check has finally arrived. It’s not, as many websites want us all to believe, EASY to be a freelancer or work-from-home guru. It takes discipline, dedication, and the ability to resist all of your regular time-waster distractions you indulge in when you’re not sitting in front of the computer. It also requires more transparency and accountability to make things work properly.

Some just don’t have what it takes, some are total overacheivers. But it’s not EASY, whatever the outcome.

The good news is that these kinds of reality checks are GREAT for our freelance businesses–those who continue to thrive as freelancers have an additional–and totally subjective–air of achievement. We still succeed where Yahoo “failed”. We are trustworthy enough to remain in our jammies, keep turning things in on time and on target. We rule.

But with that it’s realistic to expect a higher standard. If you can do what Yahoo wouldn’t dream of letting you do (now), working from home, it’s likely that expectations will increase. After all, there MUST be a reason why Yahoo’s CEO is so bent on yanking employees back under the glare of the florescent bulbs, right? RIGHT? Don’t be surprised if the bar gets raised in the wake of all this…even if it’s just a little bit.

But the pros need not worry–we’re used to this sort of thing. Occupational hazards include a wee bit of jealousy that we’re still wearing what we went to bed in when we deliver that product. It’s only right to expect to be scrutinized a bit closer when things like the Yahoo story pop up. The mantra? It all goes back to Gloria Gaynor; “I Will Survive”.

While browsing Freelance Switch I ran across this post discussing five ways NOT to use social media in your freelance work.

Melanie Brooks writes, “Facebook and Twitter are different beasts. For marketing purposes, your Facebook status update should be updated a few times a day, max. Tweets should be used more frequently. If you tie them together you run the risk of annoying your Facebook followers with too much information; you don’t want to alienate your followers…”

To which I would like to add that I tried an experiment on Facebook and came up with quantifiable (to me) results that bear this out.

I decided to see what the tolerance is for daily posts on Facebook on a page which requires “likes”. Since liking a FB page is totally voluntary, and the users can opt out at any time, I figured paying attention to how many people liked a page versus how many dropped it based on the frequency of posts would be something valuable to know.

The page I was using had an average of a new “like” every two or three days.

I had been posting four or five times per day, and I noticed that for every two or three followers, I would lose one or two in a few days or a week. I decided to dial it down to three to four times a day, and noticed that the numbers leveling out a bit. The light had come on–there was still a two steps forward, one step back element going on.

Next, I played with posting three times a day but posting within the typical eight hour work day. No real change here. I didn’t start seeing a steady increase in numbers until I spaced three posts a day out to about six or seven hours between each post. I post around 5:30 AM, again at around 1 or 2PM, and once more at 9Pm.

THAT schedule has earned steady upward numbers with few, if any, ditching the page once it’s been liked. Is it a magic formula? No, you still have to have relevant, engaging content, but it is a system that certainly has worked for me–and one I now use as a default with new clients when appropriate. Naturally, you have to watch your audience on each individual account and pay attention to the nuances.

But if you’re looking for a posting schedule that seems to work, you could do a lot worse than starting off with that.

Joe Wallace is a freelance editor, writer, and social media manager for companies including Bank Administration Institute, VALoans.com and MilitaryHub.com. He is currently editing a book on voice acting and recently finished editing a video game script for military accuracy, jargon and American idiom usage. Contact him: jwallace (at) freelance-zone (dotcom). 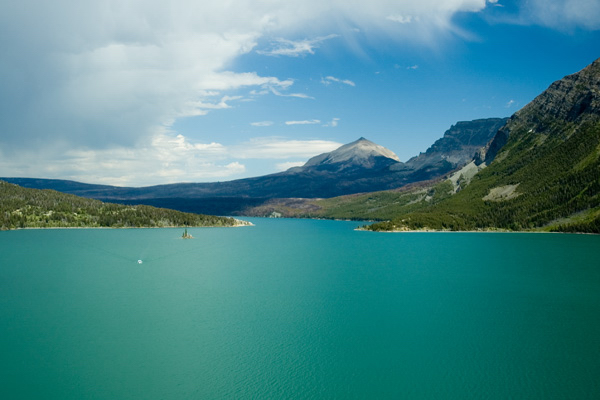 Having just finished editing the manuscript for To Japan With Love, A Connoisseur’s Guide, a travel anthology that features more than sixty contributors (including your Freelance-Zone hosts Catherine Tully and Joe Wallace), I have much to say on the subject of writing a travel essay.

In seeking contributors for To Japan With Love, I received nearly 200 essays, but only about half of them made it into the book. And while some were real gems and were nearly perfect upon submission, throughout the selection process, I also had some hard choices to make, with the most common eliminator being: What’s the point of this essay? What does it offer the reader? And in many cases, the answer, sadly, was: Nothing.  Although I was more than willing to work with contributing writers in developing essays that had great potential, and I even did the rewrites myself on some of them, in many cases (to borrow a phrase from Gertrude Stein), “there was no there there.” Some essays simply lacked purpose.

Others, while technically well written, were far too linear. “First we went here and saw this. Next we went there and did that. Then we went home.”  Some stories lacked focus, and instead included every detail of the writer’s travel itinerary and little else. And some failed to follow editorial guidelines. They were too long, too short, too encyclopedic, or they were off topic; and some were even downright negative in tone and perspective.

Good travel writing comes naturally to some writers, however, for those who don’t have ‘the gift’, I also believe that there is a basic formula that will turn a lackluster travel essay into something truly worth reading. Here’s how: END_OF_DOCUMENT_TOKEN_TO_BE_REPLACED

Writers make lots of mistakes. That’s why the first version of what you write is called a “first draft”. The very name implies you’re going to go back and do some things over–preferably BETTER than the first time.

Some writers get a bit lost in that first draft, and it really shows in the copy. When an experienced editor is reading this stuff, it’s glaring and makes us less inclined to work with you again. Why? Because when you don’t catch silly mistakes or give that first draft only a cursory review before hitting “send”, we can see the lack of care given to the piece. There are five basic ways writers go wrong–there are plenty of others, but these are some of the most commonly repeated mistakes–which are also warning signs to an experienced editor that you’re probably phoning it in and not the right person for the gig unless you can take direction well:

5.  Repeated errors in the same areas. Do you abuse the apostrophe? Shame on you for making something possessive when it should be plural. A single case of this makes an editor’s eyes roll back until only the whites are showing. Repeated instances of the same error are a dead giveaway that you just don’t pay much attention after the first draft OR you’re legitimately ignorant of how the apostrophe is used. Either way, it means bad things for you. END_OF_DOCUMENT_TOKEN_TO_BE_REPLACED 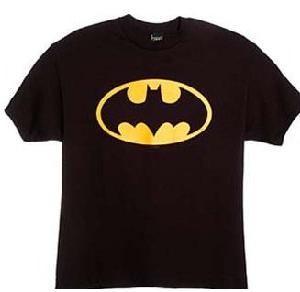 Know we all know that guest blogging can help you build traffic to your site, but let’s think a bit outside the box for a second. Many freelancers don’t have enough business to write full time…yet. Some freelancer who ARE full time have steady contract gigs that keep them busy like a regular day job (that would include me as editor of Cheap Today) but who use mad time-management skills and a massive influx of caffeine to keep the off-duty output higher than a kite.
END_OF_DOCUMENT_TOKEN_TO_BE_REPLACED

I  realized I’d never thought to do a Google search on the phrase “freelance ripoff” before and was curious  to see what would come up. Here are a few of the results:

The Ripoff Report is an interesting place, but the “you post it” style ripoff alerts seem vulnerable to sour grapes claims and one-sided storytelling.  This seemed to be beautifully illustrated by a rebuttal page thrown up by a writer who claimed to be a victim of just such a ripoff report post. It’s not my place to say who is right or wrong in this situation, but it’s proof that there are two sides to every story. Let the researcher beware!

One link gave me laugh-out-loud yuks because of the atrocious spelling in a complaint about “Copyscaped work”. I’d have felt sorry for this poster, but they wrote “Unfortunately we paid you before the work was copescaped (sic)”. Well, way to go, genius. I don’t think they’ll be making THAT mistake again.

I also found a collection of About.com posts which I ignored as I don’t have much use for About.com. Yawn. The advice on About that I have encountered is on the level of “If you want to learn how to play the flute, try moving your fingers over the holes while you blow into the mouthpiece.” END_OF_DOCUMENT_TOKEN_TO_BE_REPLACED