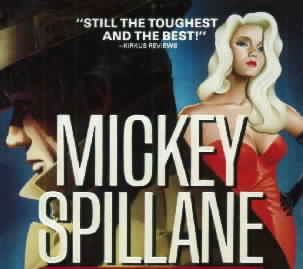 This morning I spotted North PR Strategy Director Dave Allen’s repost of a YouTube video featuring a Google+ product manager, who was talking about an “optimized business experience” for Google+.

Some busy freelancers are no doubt wondering what exactly Google+ IS. In a nutshell, according to Pocket-Lint.com blogger Libby Plummer, Google+ is a “social networking platform that’s set to rival Facebook. Well, that’s the plan anyway. Google doesn’t have a particularly strong history when it comes to social networking services with both Google Wave and Google Buzz failing to catch on, but if the demo is anything to go by, it’s investing a lot of time and money into making its latest venture a potential Facebook killer.”

Does this mean yet another place for busy writers and editors will need to set aside time to create profiles in, network and post videos of doves teasing sleeping kitties?

Probably not just yet, according to the video Dave Allen posted, which says the “business experience” is still under development and Google is actually asking businesses and freelancers to avoid using “consumer profiles’ for business purposes. The business area, Google promises, will have “rich analytics” and can be used with Google Adwords and other goodies.

What this DOES mean for freelancers is that there’s going to be a brief time period–as with any new social media platform–where there’s a sort of wild frontier-style atmosphere while the rules of engagement are still being developed. In the past, savvy freelancers and business people have used these situations to create business for themselves in creative ways.

If you’re looking for a new avenue to create freelance business for yourself as a social media guru, content creator, community manager or other social media specialist, Google+ could hold some great promise for you in these early developing stages. The key is to watch the platform carefully, look for avenues of opportunity nobody else is taking full advantage of, and move in with your own particular sales pitch.

Are you up for it?

Joe Wallace is a freelance editor, writer and vinyl junkie. He writes about vinyl records, DJ culture and rare albums at Turntabling.net. His current projects include editing a book on voice acting, ghost writing for confidential clients, and working as a military culture and hardware advisor for a developing video game project. Wallace spent 13 years as a reporter and editor for Air Force News Agency and has traveled the globe with a Sony Betacam on one shoulder.

Some of my non-writer friends and some of my colleagues who write more for print or television try to razz me when they see something apparently poorly worded or otherwise mangled in some of my online content.

And then I have to point out to them that I have not accidentally screwed up the use of a hyphen or suddenly reverted to second grade English. SEO and keyword issues sometimes lead you and your clients down roads that make copy editors shudder. “The client made me do it” is one of my favorite lines.

While I try to warn my clients away from using bad word combinations for SEO’s sake like “jobs freelance” or “musician gear concert PA”, sometimes you do have to bend a little bit. I personally cringe when removing the hyphens in “debt-to-income ratio” but it’s a search term consideration. The finance blogs I write for need that extra edge and it doesn’t read poorly, so I’ll write an informative blog post about applying for a home mortgage using both hyphenated and non-hyphenated variations.

Technically, my headline was a lie–I NEVER mangle the actual spelling of a word for SEO purposes. Anytime people have asked me to do that I gently remind them that the content is for HUMANS to read even when tweaking for Google. Badly spelled words make you look like either an idiot or a very hasty smart person. Neither one is good.

But sometimes you have to give a little, so in some of my copy instead of simply using the phrase “Is whole life a bad investment?” in the context of an informed consumer article, I’ll have to resort to the far clunkier, “Are whole life insurance policies a bad investment?”

Does this offend my inner grammar teacher as much as the idea of “investing” in whole life insurance itself? Yes it does. Is it good for search engine discoverability? When done with the right keyword research, yes it is.

Half the battle for me is finding the balance between making my inner grammar nazi happy and staying in the top Google results. There’s no such thing as Dramamine for fussy writers, sadly. My struggle continues.

I’m a huge fan of Google in terms of innovation, and I use several of the things that they offer–besides the search engine. If you are a writer who needs to work on something with another person, I would highly recommend Google Documents. You can set it so that the people you want to be able to see your documents can open them and make changes. I have used this many times for Word and Excel. This side-steps the e-mailing back and forth, as well as the possible overlap of changes.

Google calendar is another one I like. This is great for Joe and I, as we can keep track of what the other person has going on from month to month. While I haven’t yet adopted g-mail (and probably won’t), I do find that Google is an incredibly useful entity. If you haven’t yet investigated the possibilities, swing by and check it out sometime. See what works for you… 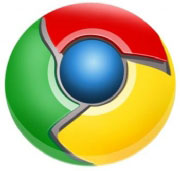 Is everything we know about computer operating systems about to change? If Google has its way–it is. Google Chrome is making a big splash, and people are saying that things like virus software and computer updates may well be a thing of the past if it catches on. The key will be having a notebook computer that has Chrome installed on it. Flash-based memory will replace hard drives and online storage will allow faster, more efficient booting and saving. While the manufacturers that Google will be pairing with are still a mystery, it is interesting to think about what may be down the road for us all…

Check out some of the FAQs from PC World and let me know if you’re excited. 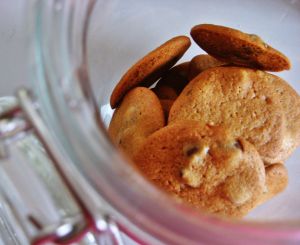 Recently I noticed something weird happening when I typed in URLs in Firefox. When I wanted to go to CNN.com, for example, the auto-fill feature that completed the string when I type CN wasn’t completing CNN.com, it was completing CNN.com.net, redirecting me not to where I wanted to go, but to a “search tool” which is a thinly disguised attempt to make money online by getting you to click on one of the affiliate ads to get away from the page.

My first thought was that I had a virus. But when I got rid of all the cookies in my browser, not only did the auto-fill activity return to normal, but my pages started loading with lightning speed. It had been a long time since I’d cleared out the cookies–quite frankly, I’d forgotten to do it. Now that I have done it, I notice a definite change in performance.

Want to know how to flush out all those cookies? END_OF_DOCUMENT_TOKEN_TO_BE_REPLACED