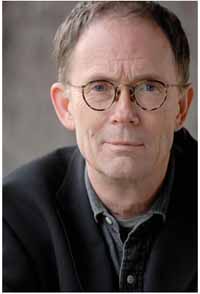 William Gibson is one of the world’s most renown science fiction authors. For all intents and purposes, Gibson has transcended sci-fi into a genre of his own creation much in the same way the late, great John D. MacDonald grew his own action market with his Travis McGee series. Gibson doesn’t use a central character to drive his novels the way MacDonald did with the McGee books, but the analogy still holds–both Gibson and MacDonald’s writing possess one-of-a-kind qualities often imitated, but never equalled

Gibson is a great example of how a writer survives–he’s branched out plenty with articles for Wired, spoken word appearances (including the amazing Technodon Live album by Yellow Magic Orchestra) and film screenplay credits for his work including 1995’s Johnny Mnemonic.

He’s basically a legend in his field, but even Gibson can’t just plop out a manuscript and ship it off to a publisher–he goes through the same motions other writers do, albeit with a LOT more clout. Would you be surprised to learn William Gibson submitted a proposal for his most recent book, Spook Country? It’s true.

In addition to a great interview with Gibson at Amazon.com, the same page also features this link to Gibson’s proposal for the book, fascinating reading if you’re curious to know just what it takes to capture the attention of an editor. Granted, there is no cover letter–not that Gibson needs one–and you know he’s got the editor’s attention from the second the envelope hits the desk. That said, the proposal makes for worthy reading if you can’t seem to picture what that proposal–the first introduction to the book for your editor–is all about.

If you haven’t read Spook Country yet, beware, there are some spoilers in the proposal. What is most interesting for those who know the book is how differently the proposal looks compared to the final product. Cheers to Gibson and Amazon for giving us a tiny glimpse behind the scenes.