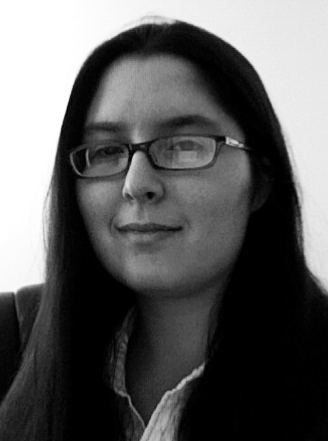 If you read FreelanceSwitch, you’re already familiar with Thursday Bram’s work. She covers personal finance and small business topics online–she writes for FreelanceSwitch.com and WebWorkerDaily.com — as well as on her own website, ThursdayBram.com. Thursday writes full-time and is based in Maryland.

First, a bit of history–how did you get started freelancing and where are you at in your career at present?

I started freelancing seriously in college. I was working on the college newspaper and I started taking on some assignments outside of it. After I graduated, I kept freelancing while looking for a job. I had less then spectacular results in my job hunt: while I actually found a job, I wound up quitting within two weeks. Since I was able to bring in the equivalent of a full-time salary freelancing, I stopped looking for a day job.

What was your biggest revelation as a freelancer in terms of protecting yourself financially, especially at tax time? Did you learn anything the hard way?

I’ve been lucky enough not to have any major problems in the way of taxes. The closest I’ve come is having a much better year than I expected, meaning that my estimated quarterly payments fell short of what I owed. I had to make up the difference in April and pay a small fee, but it wasn’t a major crisis

My husband and I actually have done our own taxes in the past. But my freelancing income is enough to turn a simple tax return into an ordeal — we hired a CPA last year, and won’t ever go back. It’s so easy to make a mistake when preparing a tax return, especially when you don’t get all of your income from one source. Many tax preparers will take responsibility for any errors in your tax return and I think it makes sense to reduce your risk, even if you have to pay someone else to handle your taxes.

In today’s freelance environment, what do you think is the biggest pitfall or challenge for freelancers to meet financially?

Health insurance is definitely the biggest problem freelancers face. Keeping coverage is expensive, especially for a freelancer who can’t be sure exactly what her income will be from month to month. But without health insurance, medical coverage is insanely expensive and you run the risk of a major financial crisis if you’re ill or injured to the point where you can’t work.

There’s no easy solution to health insurance, either.

Any specific advice for freelancers when it comes to finance issues? Things you personally would do differently if you knew then what you know now?

If I could have kept my personal finances and my business finances separate when I was first starting out, life would have been a lot easier. It can be hard to tell exactly where your money is going if you put everything into one account and only checking through your receipts every so often. I definitely recommend that every freelancer opens up a separate business checking account — a savings account and a credit card aren’t a bad idea either.

Doing so cuts the time you spend on bookkeeping significantly, especially if you use good software. It also gives you an easy way to make sure that the money you’re saving for taxes won’t accidentally wind up with the money you use to pay your bills.

From your perspective, should a freelancer avoid credit? We’re thinking credit cards are a bad proposition in today’s market due to predatory terms and high interest rates, but some view them as a necessary evil in the early days of a new freelance career.

As long as freelancers use their credit wisely, I don’t think that it’s necessarily a bad thing. For some freelancers, credit cards are the only way to pay the bills in the first month or two of working. That said, though, once you’re established, I think paying off that credit has to be a priority, especially because of the type of credit most freelancers use.

Many other businesses rely heavily on credit, especially business loans, in order to get started. In an ideal world, freelancers would have access to small business loans, but, generally, most of us can only get more expensive credit, like a personal credit card.

What’s ahead for you? Projects? Books?

I’ve got a couple of ebooks in the pipeline, including one on marketing yourself as a freelance writer. I’m a big believer that freelancers need to create multiple streams of income, including selling our expertise in product form. I practice what I preach, which has lead me to writing several resources that I think freelancers will find valuable.

What’s the state of freelance writing, from your perspective? Is the playing field getting more competitive or do you think an influx of less epxerienced writers is actually giving those with experience and perspective MORE opportunities because they play the game well?

I think freelance writing is booming! So many companies are adding blogs to their websites, news sites have added content online, and content marketing is becoming a key tool for many businesses. There is a demand for writers like never before. Sure, some of those clients pay almost nothing, but there are plenty of well-paying gigs out there.

Due to the down economy, I have seen plenty of new writers around — but many of them move on when they realize that freelancing is actually work. I’ve actually seen my own business grow significantly due to to the current state of the economy. Many companies which previously handled writing in-house have been switching to working with freelancers in order to cut costs.

2 thoughts on “Thursday Bram Q&A: Finance, Credit and the State of Freelancing”