Guessing. That’s the game readers play with the stories they read. 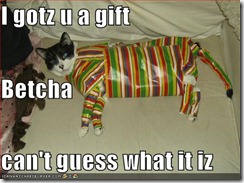 Being  Wrong vs. Being Unable to Guess

You know from your own reading experiences that if you can guess what’s going to happen next, AND IT DOES, then the story is boring (even if things are exploding and people are bleeding).

As you read, you’re turning pages in order to find out what happens next. And, get this, you want to be wrong. Horribly or delightfully or amazingly WRONG.

But not everything is about being wrong.  It’s just as powerful for the reader to be unable to guess and to know it.  We’ll talk about that too.

So readers have expectations, they play along, and they want you to provide something better than what they’ve come up with in their own imagination.

But here’s what we don’t usually talk about as writers.

Okay, so the reader is playing along, hanging on your every written word.  And they’re reading about characters who are “living” the story.

These characters are also trying to figure things out, play along, get the upper hand.

It’s a pretty cool magic trick to pull off.  The fake character is “really” living the story, and the “real” reader is experiencing the “fake” story through the fiction and character that you’ve created.  Pretty awesome.

This link is important to understand.  When talking about expectations, especially small scale outcomes on the scene, page, and paragraph level, it helps to keep in mind that BOTH the character and the reader need to experience “being wrong.”

If the character can anticipate what’s going to happen…, and that’s what happens, then you have just as much of a problem as you do when the reader can do it.

(And yes, the reader and character can be anticipating different outcomes. Beauty, eh?)

The Pause of the Unknown

As stories unfold, readers are asking themselves, “What does this mean?”  This can be plot, dialogue, anything.  And then they guess. They extrapolate.

But between that millisecond between reading and deciding is a grand expanse of Unknown.  And sometimes, deliciously, the reader realizes she actually can’t guess what will happen next.  The Unknown has thrown her off-balance and won.  She is hooked!

Be careful here.  This is not about confusing the reader or being so convoluted that you lose all sense of logic and story.

This is about being original and crafting a story where, for one scene or twelve, the reader is left in suspense about one or more elements.

Example #1 (big):  If you have a story where the protagonist’s mother is accused of a crime.  You might truly be concerned because you don’t know if she did it or not.  And you can’t even guess, because there’s logical reason to come up with more than one answer.

Example #2 (small):  If a character announces to his girlfriend that he was offered a job on another planet, you might not know what response he’ll receive.

In all instances, remember that your job is to do something that will captivate the reader.  And you know what that means.  It’ll probably involve conflict. 😉

Guessing and the Affect on Pacing

Okay, here’s the deal.  When a reader can pretty much guess what’s in the next sentence, in the best cases it generates a silent, internal, “Yeah, okay, fine.”

In the worst cases it generates at, “Gah, I’ve seen that before.”

Let’s look at the best case.  When the reader can guess your moves, especially in the smaller units of sentences, paragraphs, and scenes, their internal response (all those yeahs) sound like this: “Blah, blah, blah, blah.”

Your pacing is blah.

And I’ve said it before, but here goes one more time.  Even small, quiet scenes can have great pacing and cause the reader to say,”WOW.”

Situation Critical: How It Works

Here’s an example from Elmore Leonard’s novel, Pronto.  Watch for the unknown outcomes.

BONUS: Watch to see how the situation goes from ordinary to critical, because the protagonist (and the reader) met up with an unknown outcome.

One evening, it was toward the end of October, Harry Arno said to the woman he’d been seeing on and off the past few years, “I’ve made a decision.  I’m going to tell you something I’ve never told anyone before in my life.”

Joyce said, “You mean something you did when you were in the war?”

It stopped him.  “How’d you know about that?”

“When you were in Italy and you shot the deserter?”

Harry didn’t say anything, staring at her.

“You already told me about it.”

The scene ends with…

They were in Harry’s apartment at the Della Robbia on Ocean Drive listening to Frank Sinatra, Frank and Nelson Riddle driving “I’ve Got You Under My Skin,” Harry speaking quietly, Joyce looking distracted.  Harry all set to tell her about the time in Italy forty-seven years ago and then ask—this was the decision he’d finally made—if she would like to go there with him the end of January.  Right after the Super Bowl.

But now he wasn’t sure he wanted to take her.

For as long as he’d known Joyce Patton—Joy, when she was dancing topless—he had always wondered if he shouldn’t be doing better.

Bottom line: What is unknown?  What is expected?  Now, blow the reader’s mind and improve your pacing at the same time.  Make ‘em say, “Wow!”

3 thoughts on “Situation Critical! Pacing’s Need for an Unknown Outcome”