Here’s another fun author interview….today we have Laura Enright with us for five questions… 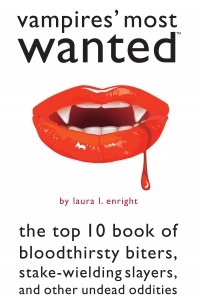 1. How did you wind up a writer?
I’ve been working at it off and on since I was in high school but not with the sort of determination I needed to.  Part of that was a severe lack of confidence in myself.  A few unexpected occurrences in life managed to slap some confidence into me (what doesn’t kill you makes you stronger) so after that  I pursued it with a  lot more passion and a lot more faith in myself.  The bug was always there, though.

2. Was the road to being a writer what you expected? Why or why not?
I think most writers when starting out have preconceived notions of what it’s like.  I hadn’t realized the amount of work it takes to market the writing and myself.  A friend told me that the business end of writing can be a full time job in itself.  I found it difficult after my first book was published cause I was raised to sort of keep my head down and not draw too much attention to myself.  That’s exactly opposite of what you need to do as a writer since a writer needs to not only sell the current project but also the next project and thus sell confidence in themselves.  It helps that I’ve worked in patron service–constant face to face contact in a busy library for many years (as well as customer service in other jobs).  You have no choice but to learn how to read people and because the situations are as varied as the personalities confronting you.  I definitely think that has helped me when I stand in front of people and do talks to promote the books.  I can’t tell at this point if I’m an extrovert by nature or necessity.  I think it depends on the day.

3. What has been your best moment or biggest accomplishment as a writer?
I think I may always consider my biggest accomplishment to be my first book, Chicago’s Most Wanted. A friend put me in touch with the publisher who had the Most Wanted signature series and when I pitched them the idea for Chicago, they liked it a lot.  I couldn’t let the chance for publication pass me by.  But it was a huge step for me cause I had never written anything that involved that much research (nor had I been published professionally before, magazine or book).  Most of my efforts had been on science fiction and fantasy.  The last time I’d done something even remotely similar was a term paper in high school.  I remember looking at the contract knowing that once I signed it I was committed and I questioned whether or not I was up to the task.  Was a little freaked out, actually.  Yet, I did complete it.  A bit late but none the less completed.  It was quite successful too and led me to do a number of talks where I was able to sell copies.  Of course after it was published I could look back and think, “That was actually sort of neat.”  Though at the time, deadlines crunching, it was a bit nerve wracking.  I hope to get my vampire fiction series published, which is part of the reason I wrote my second book for Potomac.  I’ll be floating in the air when that happens.  And I might have books that will be critically acclaimed and audience favorites.  But I’ll always feel especially proud of Chicago’s Most Wanted cause despite my doubts, I plunged in anyway and it worked out great.

4. What has been your most difficult moment?
I’d been in contact with an agent who liked past proposals I sent him on other novels (though didn’t think they were marketable) and actually sought out a meeting with me when he was attending a convention in Chicago.  We met and we got along well.  I pitched him the plot for my first vampire novel in the series and he was extremely enthusiastic about it, telling me to send him a proposal and some chapters when it was done.  Months later, once the novel was completed I sent him the proposal.  During this time, we’d been in touch by e-mail a number of times.  But after I sent the proposal, I heard nothing back from him, nor did I get a response to follow up e-mails  A few months after that I received an e-mail response from one of the other agents at the agency regarding one of the follow up e-mails I sent.  According to them, this agent had left the agency (I later learned he left the business) and they had no record of a proposal package.  He did offer to read the entire novel for consideration, which I sent him and he did, but he rejected it.  So the question I was left with was: what if the agent I had originally dealt with had read it?  Might he have seen potential in it that this other agent didn’t see (for whatever reason.  It doesn’t always mean the work is poor).  I’ll never know of course.  But that was a really frustrating time because it was the closest I ever came to getting an agent.  With most agents, you’re lucky if you get a form rejection letter leaving to you wonder if the proposal was even read.  So much of this sort of writing is sending out and waiting without knowing just how seriously the project is being taken.  If the first agent had read the proposal and rejected it, I think it would have been a lot easier to take than the fact that, timing being awful, an agent that might have been willing to work with me didn’t get a chance to read the work.  I’ve had a lot of frustrating and difficult times, but I think this would have to be my most difficult because I was left feeling very defeated as if the universe conspired against me.  You really have to convince yourself to keep trying.

5. Can you share your top piece of writing advice with Freelance-Zone readers?
Be prepared.  If a chance comes up, even if you’re not sure it suits you, take it cause you’ll never know where it might lead.  And chances can sometimes be hard to come by.  And be realistic.  If your work gains incredible notoriety, that’s great.  But it might not.  At least not right away.  Don’t sell yourself or your potential short.  Just keep trying and remember that you can gain knowledge out of every experience.  And be flexible.  With writing and with marketing.  There are so many options out there that can help you on the path to publication or on the path to big success.  That project might seem small, but it might help get  you noticed and you might end up with an even larger one from it.

Laura is the author of Chicago’s Most Wanted: The Top 10 Book of Murderous Mobsters, Midway Monsters, and Windy City Oddities (Potomac Books 2005) and Vampires’ Most Wanted:The Top 10 Book of Bloodthirsty Biters, Stake-wielding Slayers, and Other Undead Oddities (Potomac Books 2011). She has completed the fourth book in a vampire series set in Chicago and is currently wrestling with WordPress to start a blog.