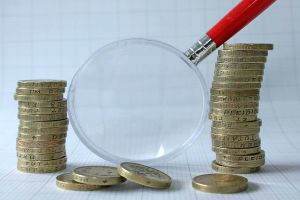 I’m not going to be one of those sissy bloggers who says, “This is not tax advice.” This IS tax advice. It’s the best tax advice you’ll ever get. It’s two little words with a universe of implications.

One year, I  had to file late. Because I filed late, I didn’t learn until it was too late that I needed one more deduction–a big one–to keep me out of hock with the IRS. I could have contributed a nice large chunk to my IRA and avoided owing the same amount. I would have owed something, to be sure, but not the large sum I wound up having to pay.

If I had filed early I would have known. If you file early and face the same situation, you’ll come out ahead of the game. Even if you don’t, filing early spares you waiting in line to meet with your professional tax preparer along with all the other procrastinators who decided to finally get off the couch and do it that day.

If you aren’t having your freelance taxes done by a professional, I don’t know whether you’re crazy or brilliant with a calculator. I’ll just say for the record that you’ll never catch ME doing it that way. That’s all I’m saying.

One thought on “Freelance Tax Time”