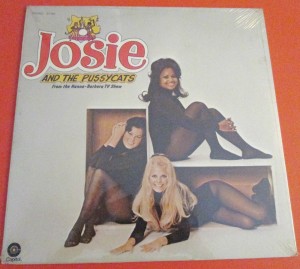 Any regular reader of this blog knows that some of us (myself and Catherine L. Tully) are freelance social media managers as well as writers and editors. I myself have been working with several websites where my duties could simply be listed as “all of the above”.

Since I started working in social media, the landscape has changed so much, so often, and in so many ways, that my advice for newcomers is now essentially boiled down to one sentence, cribbed from a creaky old Rush song: “Constant change is here to stay”.

A great example of that concept is found in the Ad Week post, Agencies Start to Get Really Anti-Social, by Christopher Heine. Here’s a sample:

“Just a few years ago, legions of businesses practically tattooed themselves with the label “social media agency” so they could ink deals with brand clients looking to get on Facebook. But as the marketing landscape shifts toward cross-digital solutions and demands for big data, the term is beginning to be seen as too limiting by some.”

“Agencies have always adapted to a changing media world. Just as brands some eight decades ago began seeking ad services that facilitated both print and broadcast, companies may soon routinely expect that digital services (display, retargeting, search, etc.) and social get packaged together.”

It’s funny—when I first started working in social media, I knew people who were “giving up writing and editing” to work more exclusively on campaigns for Twitter, Facebook, LinkedIn, etc. I simply added social media services to the people I blog for in addition to my other work–with an expanded billing rate to match the time investment, naturally. But I never felt entirely comfortable giving up one thing for another.

And now, it seems, current trends–and my cash flow–justify my position. But I do wonder what people who are social media-only these days are thinking about the Ad Week article, the implications, and how they are planning for the future. What’s a social media marketer to do in an age where traditional PR and digital strategy are locking arms? It’s an overdue trend, in my opinion–at least from the point of view of a company that needs the services.

Will digital-only services become an endangered species? Is this a trend, a fad, or has it always been this way in certain sectors but not in others?

Joe Wallace is a freelance writer, editor, social media manager and part-time film maker. His current projects include editing a book for voice actors, social media campaigns for the retail banking industry, and he is currently developing a video series about rare vinyl records. Wallace accepts new assignments on a limited basis. Contact him for more information at jwallace@freelance-zone.com