I was browsing through Amazon.com today looking at all the books on Freelancing, wondering what the market for “teaching people about freelance work” is like these days. Full disclosure–I have an Amazon Affiliates account and the links here take you to Amazon where if you click and buy, I do get a wee cut for referring you.

That said, it was interesting to see all the different titles. Some looked good, some books seem out of date, and some seem like snake oil. I won’t really go into which I thought was which…but I do urge careful attention to titles, implied promises, and caution.

Is it really possible to take some of these book titles at face value? “How To Earn A Bizillion Dollars Freelance Writing In 90 Seconds Or Less” and similar titles just seem off-putting to me. The exception to this rule is a book titled Break into The World Of Freelance Writing: How I Went From $0 to $1,100 In One Month With No Experience.

Written by Megan Kutchman, this book (which I have never read) has a title I very much respect.

Kutchman doesn’t make ANY promises with this title. I love “How I Did It” books, and the title of this says it all. She doesn’t say YOU will do this, and doesn’t say “And YOU CAN TOO” in her title. This book has earned my respect…

One book I won’t mention by name DOES imply a promise in its title, basically saying YOU can earn THOUSANDS per month–not as a freelance writer, but as a professional BLOGGER. This is a bit more misleading. Yes, you may be able to do this. Hell, I myself do this. But it’s getting into sticky territory to write a how-to book about something as nebulous as pro blogging unless your advice itself is fairly nebulous. (Update: I welcome anyone to contradict that statement…as I like to say, “Tell me I’m wrong and I’ll believe you”. But please be sure to tell me WHY I’m wrong!)

Again, full disclosure–I HAVE NOT read that book, either. But I’m talking about first impression factors here and “should I buy this book” things. If it were my money on the line, I would gravitate more toward “how I did it” titles and farther away from “YOU can earn ZILLIONS By Freelance Whatevering”.

In the end, it’s your call…but setting and getting realistic expectations are important. Sure, marketing hype sells copies, but at the end of the day if you don’t sell some steak with your sizzle, you’ve failed as a writer. Some people are better marketers than writers, a fact of life in this biz…so let the reader beware.

Every writer should have a solid library that consists primarily of the books that you find most interesting or most inspirational in terms of improving your personal creativity and writing style. However, there are a few basics that every freelancer should have at the ready to prevent you from getting into a sticky situation.

1. The Associated Press Stylebook. This is a no-brainer and most of you are probably in possession of this, however, if you are one of the last holdouts, do yourself a favor and buy a copy. This book will clearly outline how and when to use specific vocabulary, grammar and punctuation while also outlining basic media laws. I’ve been an editor for six years and I pull out this book at least once a week. It’s worth its weight in gold.

2. The Chicago Manual of Style. You need this book because not every client who hires you uses the AP style. Plenty of clients still prefer the Chicago style over the AP style, plus it includes updates for digital media guidelines. Cover your bases and have both of these style books at the ready.

3. The Elements of Style. This elegant little book is a guide to the principle elements of writing. This book is not a rule book like the first two entries in this post. It serves as more of a basic road map for writers of all levels to follow on their journey to improving their writing skills.

4. The Writer’s Block. This kitschy little book has pulled me out of more than a few situations whereupon I found myself staring at a blank screen with a blank mind for hours on end. It comes complete with “786 ideas to jump start your creativity” that include writing exercises, spark words and tips for finding inspiration. It’s cheap, it’s fun and I like to reference this little block-shaped book every few months when my creativity well runs dry.

Have I forgotten anything vital? What are your favorite reference books?

Amanda Smyth Connor is a SEMPO-certified SEO specialist, has managed online communities and nationwide marketing campaigns for several start-up and  Fortune 500 companies, and has been an editor for more years than she can remember. She also runs her own wedding planning company, Hummingbird Bridal and Events, throughout the northeast.

“Have you ever dreamed of becoming a writer but never took it too seriously, because after all, the words ‘starving’ and ‘writer’ are pretty much joined at the hip?” asks freelance copywriter and author Peter Bowerman in his updated edition of The Well-Fed Writer. 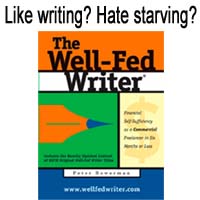 Bowerman’s query brings up the quintessential conflict that faces all freelancers and wanna-bes at one point or another in their careers—how to write away the workday, without having to pinch pennies.

Maybe you’ve already made it past that point.

Great. This book is still worth your while.

Or maybe when you read the opening question, you thought, “Yeah, that’s pretty much me in a nutshell.” That’s even more reason to check out Bowerman’s aptly-named The Well-Fed Writer, in which he shares a slew of industry secrets that will assist you in successfully marketing yourself and your writing.

Compartmentalized into useful chapters such as  “Money Matters: How Much to Charge and How to Get Paid,” “Learning to Love S&M (Sales and Marketing),” “Where’s the Business?” and “The Well-Networked Writer,” this book touches on all the fundamentals of freelance copywriting while maintaining the spunk and attitude often lacking in the average guidebook.

I have to admit I was quite skeptical about “commercial” freelancing when I first started reading The Well-Fed Writer. END_OF_DOCUMENT_TOKEN_TO_BE_REPLACED 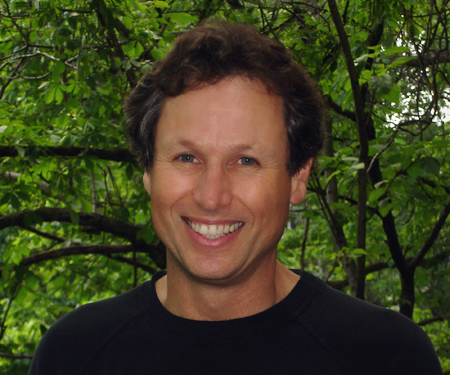