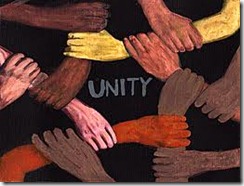 2) Unity of Tone in Inciting Incident

Here’s the scene of the crime that sets off the chain of events:

I found Frank Prager hanging out of the cab of his steam locomotive, like a sodden rag doll.  A swath of blood, dark and red, stained the entire side of the cab, blacking out the white of the locomotive’s four digit numbers.  A semicircle of railroad workers stood before the train station in Kickapoo Falls, like statues in the midmorning sun.  Shocked.  Silent.  Grieving.

Our protagonist is acting almost like an undertaker witnessing the inevitable existence of horrible death.

The author could’ve taken this same event, same approach to the body and had it play out with him complaining of the smell or talking to one of the men there.

Instead, it’s a grim, silent task.  It’s horrible because he knows it’s horrible and is essentially saying it’s wrong for this man to be hanging out a window.  It’s wrong for him to look like a sodden rag doll.

3) Unity of Tone in Character Description

Here’s how the character describes himself:

John Donne said no man is an island.  Still, I came damn close.  I spent my life alone, surrounded by turbulent waters.  Breaking waves. Too often over my long and storied career I went knocking at death’s door, only by the grace of God to be turned away at the last second.  I never married.  Had no children.  I was a witness to love, but never a participant.

He could’ve decided to describe himself as a good shot and someone who liked to eat oatmeal for breakfast.  Instead, he describes the alienation of death and people.

4) Unity of  Tone in Dialog

Here’s the dialog between our protagonist and the dead man’s wife, notifying her of the death.:

She was wearing a sky blue blouse with tight-fitting slacks.  The blouse was untucked.  Bare white feet stuck out of those black slacks.  It was the outfit of a woman refusing to believe the summer season was nearly over.  “You’re not going to quit on me, are you,” she asked, “now that you’re the favorite altar boy of the Pope and the President?”

“That’s what people around town are calling you, you know . . . Pope Pennington.”

Notice how humor is attempted and her initial description is used to generate the idea that evil is ripping away innocence.  You can’t joke it away.  You can only be sorry.

So in this way, Unity of Tone allows this whole book to carry a unified message, feeling, and sensibility.  At each turn, the plot and actions feel secluded, meaningful, poignant, and chilling.  The characters are the tone brought to life.

The combined effect reverberates as if listening to a single bell over a frozen landscape and not being able to tell the ring from the echoes it generates, because everything is important.  Everything meaningful is being lost.

What do you think?