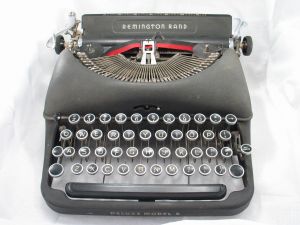 Whenever the federal government gets involved in regulating the Internet, I get nervous. The recent FTC interest in mommy blogs raised many an eyebrow, and it’s clear that if the “industry” doesn’t regulate itself where honesty in product reviews is concerned, the government might just decide to take it to a whole new level. It’s probably a false alarm where most bloggers are concerned–the FTC will likely simply create an enforcement issue with the companies providing things for bloggers to review rather than try to deal with blogs themselves.

But there’s a bigger, scarier issue that could bring federal involvement if some freelance websites don’t get their collective !#@* together.

Title VII of the Civil Rights Act of 1964 states in no uncertain terms that no employer may “refuse to hire or to discharge any individual, or otherwise to discriminate against any individual with respect to his compensation, terms, conditions, or privileges of employment, because of such individual’s race, color, religion, sex, or national origin“.

This doesn’t seem to be a problem for most American freelancers–after all, we’re dealing with English language websites, magazines and copy writing projects for the most part. But there’s a subculture in freelancing where companies from India seek and hire freelancers–both Americans and those native to India–for a variety of projects.

“Hi bidders I have a big project for indian…”

“Need some fresh PVAs, all should be made using unique US IP, unique gmail accounts and US name(Not Indian).”

All of these posts could be considered a violation of the Civil Rights Act of 1964. Yes, the third example is stretching things a bit–but ANY discriminatory language could raise the ire of the government or a lawsuit-happy lawyer.

But how, you ask? These websites–GetAFreelancer.com and FreelanceJobSearch.com aren’t responsible for the hiring practices of these job posters. But there’s one little problem:

(b) Printing or publication of notices or advertisements (emphasis mine) indicating prohibited preference, limitation, specification, or discrimination; occupational qualification exception

It shall be an unlawful employment practice for an employer, labor organization, employment agency, or joint labor-­management committee controlling apprenticeship or other training or retraining, including on­-the-­job training programs, to print or publish or cause to be printed or published any notice or advertisement relating to employment… indicating any preference, limitation, specification, or discrimination, based on race, color, religion, sex, or national origin.”

There are exceptions–sometimes national origin is considered a bona fide qualification. But in the case of many freelance writing projects, this is a huge gray area–can an American writer do the same work as the India-based freelancer? Can an American project manager exclude an freelancer from India but writing in the USA on the basis of national origin?

These issues are not directly addressed by the law–and the law does not state conclusively–as far as I can tell–whether or not a publication or website is exempt from liability for publishing a job ad which violates the Civil Rights Act.

“There’s no clear indication of a problem here, so what’s YOUR problem?” Good question.

The very existence of this gray area spells trouble for freelance websites who run ads with language that could put them in violation of federal law. Any uncharted waters in these issues of legality mean your site is subject to federal probes, lawsuits and other nightmares. Webmasters and bloggers–are you willing to take the risk?

4 thoughts on “Is Your Favorite Freelance Job Source in Violation of Federal Law?”