The importance of food is in many ways reflected in our language. In fact, food permeates our conversation in ways we don’t usually contemplate.

Salt is a good example. We speak of people not worth their salt, take things with a grain of salt, or say someone is the salt of the earth. We may not be thinking of food when we say these things, but we at least recognize the word salt. What about your salary? The word salary is anchored in the Latin salarium, which was the salt ration given to Roman soldiers. It comes from salis, which means “salt.” Actually, salad is related, being anchored in the Latin for “salted vegetables.”

Many of these phrases and words reflect the value that salt has had, both historically and still in some countries today. Salt is life in hot, dry lands. It has been money during much of history. Both “worth their salt” and “salt of the earth” reflect this idea of value. Taking things with a grain of salt comes from the Roman believe that salt was an antidote to poison.

Salt is not the only consumable used as currency. If you are discussing things pecuniary, you may think you’re speaking of money, but it is anchored in a time when cattle were a primary way of calculating wealth. Pecus was the Latin word for cattle.

Swine have given us a wide range of phrases, names, and words, both directly and indirectly. One can eat like a pig, bring home the bacon, or live high on the hog. (While the first two may be obvious, “high on the hog” refers to where the most tender and costly cuts of meat are found.)

Less obvious is Wall Street—but then, that’s one of the indirect connections. In the 1600s, semi-wild pigs (pigs introduced to the New World by colonists, but then allowed to run free) were wreaking havoc in the grain fields and gardens of colonial New York. So a long wall was built on the northern edge of the colony on Manhattan Island, to control the roaming herds. The road that ran along the inside of the wall became, of course, Wall Street.

One food that became part of the language, but later fell out of use, helps explain a popular American song: macaroni. In the 1700s, a group of well-traveled young Englishmen became known as macaronis. These young men were very impressed with themselves, adopting French and Italian styles, eating exotic foods they discovered on the continent, such as macaroni, a dish with which they were sufficiently delighted to think it would be a good name for their club. These men were not merely travelers; they were fops—over-dressed and self-impressed. However, they were still admired by some as being terribly fashionable. Therefore, when the British wished to mock the more rough-hewn American colonials, they sang of a rustic dandy who stuck a feather in his cap and thought that made him one of the macaronis. While the song was originally derisive, the Americans adopted it and sang it until the British couldn’t stand it any more.

BIO: Contributor Cynthia Clampitt is a freelance writer, food historian, and traveler. She loves history, geography, culture, literature, and language—and the place where all of these intersect. She is the author of the award-winning travel narrative, Waltzing Australia, and keeps two blogs, http://www.theworldsfare.org and http://www.waltzingaustralia.com.

I have always loved browsing. I love browsing through dictionaries, through cookbooks, through libraries and bookstores. I love browsing the way a treasure hunter loves exploration—and for the same reason. Treasures have this tendency to not stand out in the open, waiting for you. You have to look for them—and while you’re looking for them, you often find something else, as well.

Lately, I have found myself increasingly relying on Internet dictionaries—Merriam-Webster has a great one. I subscribe to Britannica online, and I am as guilty as anyone else of heading to Amazon when I hear about a book I’d like to read. And yet last night, as I sat at the dining room table doing one of those things I encourage others to do—writing longhand—I reached down and picked up a print dictionary that was leaning against the table leg, and I looked up a word. It took me nearly half an hour, not because I’ve forgotten the alphabet, but because I had rediscovered the joy of serendipity—that discovering of agreeable things that were unlooked for. I was also reminded how much less likely serendipity is these days, as we rely more and more on the Internet.

As I flip now through the pages of the dictionary, looking at the guide words at the top, my curiosity is piqued by moulage, morris chair, mufti. A small drawing of a halberd head catches my eye. I need to stop and find out what these are, and in doing so, I am not only entertained, but also better prepared for a surprising range of literature or journalism.

I do realize that not everyone has print dictionaries these days (how do you live?), but in that case, for discovery, there is “A Word A Day” (aka AWAD). You can go to this site and scan the archives for beautiful, useful, but somewhat less common words that are worth knowing—or you can subscribe and receive a word and its definition in your e-mail inbox every day. Or do both—browse dictionaries and subscribe to AWAD. But whatever you do, add words to your brain. It has been shown that this has many benefits, from greater comprehension of the world around you to staving off dementia. Really. Words are that necessary to your brain.

Of course, the dictionary is not the only place that offers the opportunity of serendipity. I love bookstores and libraries for their ability to offer more than I could imagine. Sometimes, they are overwhelming, because I want to read everything. It is amazing how many books there are that I’ve never heard mentioned before. I scan the shelves, my eyes drawn to great cover images or intriguing titles. And unlike Amazon, at the library or bookstore, I can pick the books up, find out if they look worthwhile, feel their weight, understand what they offer.

The Internet is wonderfully useful and immediate—but don’t let it make serendipity vanish. Go to bookstores and libraries. Flip through dictionaries, encyclopedias, and other reference works. There are so many more things out there than you will ever encounter any other way—all waiting to be discovered.

BIO: Contributor Cynthia Clampitt is a freelance writer, food historian, and traveler. She loves history, geography, culture, literature, and language—and the place where all of these intersect. She is the author of the award-winning travel narrative, Waltzing Australia, and keeps two blogs, http://www.theworldsfare.org and http://www.waltzingaustralia.com.

Mythology has given us a wealth of words and phrases. The stories can help us remember the words’ meanings—and vice versa. Here are a few mythical characters who have contributed to our language.

Arachne A young Greek woman who challenged the goddess Athena to a weaving contest. Athena wove a tapestry depicting the gods as powerful, while Arachne created a tapestry that mocked the gods and showed their dark side. Enraged, Athena tore Arachne’s work to pieces. Arachne hanged herself on her loom, but Athena did not let her die, turning her instead into a spider, which would go on weaving, Today, the scientific name for spiders is Arachnida, from Arachne.

Ceres The Roman goddess of the growth of food plants. It is from her name that we get the word cereal.

Mnemosyne Greek goddess of memory and mother of the nine Muses. It is from her name that we get the word mnemonic, which has to do with memory—particularly with things that help us remember.

Pan The Greek god of nature. Part man, part goat, the emotion he was thought to produce in those who saw him gave us the word panic, which means literally “of Pan.”

Proteus Neptune’s herdsman, an old man famous for his power to change shapes at will. Gives us our word protean, which describes anything that can change shapes, adapt quickly, or display variety.

Tantalus In Greek myths, Tantalus was a king who revealed secrets belonging to the gods. His punishment in Hades was being tied to a fruit tree and surrounded by water. However, when he reached up to eat, the branches moved out of reach, and if he bent down to drink, the water vanished, so he was tormented by hunger and thirst, but with the things he wanted just out of reach. From his name, we get the word tantalize.

Cynthia Clampitt is a freelance writer, food historian, and traveler. She loves history, geography, culture, literature, and language—and the place where all of these intersect. She is the author of the award-winning travel narrative, Waltzing Australia, and keeps two blogs, http://www.theworldsfare.org and http://www.waltzingaustralia.com . 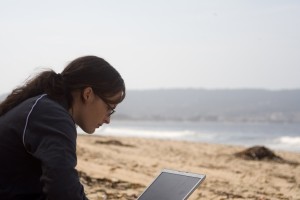 “One of the best-kept secrets of the Andaman Island’s is the exotic Havelock Island. Its breathtaking sunsets are a jewel that is a must-see for every traveler.”

If you’ve done your share of travel writing or reading, you may have been rolling your eyes at my description. (If not, think about if it invokes any sort of non-generic sense of what the Andaman Islands are like.)

Over in the Matador U Resource Section, I recently came across a couple of fun articles discussing 15 words and phrases they never want to see in travel writing again. As someone who has read a lot of travel writing, I must say that the author really nailed it. Here are a few of my favorites from the article:

Best-kept secret — Really? Are you sure The Purple Dinosaur Bar is Denver’s best-kept secret? You found it, after all, and now you’re publishing its location, so it’s a bit of a stretch to call it a secret, much less a well-kept one.

Just give us your experience. Let us decide for ourselves if South Dakota’s Corn Palace is a must-see or a see-maybe-if-I-happen-to-be-driving-through-South-Dakota-someday-and-need-to-use-the-bathroom.

Mecca — Mecca is of course an actual place you might travel to or make reference to, and in either of those cases, it’s a perfectly appropriate word to use. But a Shopping Mecca? A Snowboarding Mecca? Really?

Would you ever refer to a “Shopping Basilica of Guadalupe?” Or a “Snowboarding Konark Sun Temple?” Sounds dumb, right? Okay, then.

exotic — “Exotic” is relative—it just means “different” or “foreign”, and depending who your reader is, that could mean ao dai, guayaberas, or blue jeans—so focus on describing your experience, and let your readers murmur, “oooh—how exotic!” if they so choose.

breathtaking — Was your breath literally taken away by the beauty of that sunset? Probably not, so this word is overkill. Unless you’re blue in the face and suffering from awe-induced oxygen deprivation, look for another word.

You can check out the entire list of 15 words over on the Matador U Blog:

Jason Demant is the co-founder of Unanchor.com, where you can find self-guided tour itineraries for your next trip. For the latest on travel-writing you can follow him on Twitter @Unanchor, or join the I Love Travel Writing Facebook group.

How’s your vocabulary? Are you still learning new words or do you rely on the same old phrases time and time again? Let’s face it–every writer can benefit from building their vocabulary. Start here and expand your horizons a bit. Next time you are searching for a word–you’ll thank yourself!