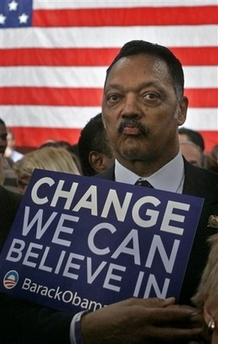 The big controversey in the headlines at the time I’m writing this is Jesse Jackson’s gaffe on the Bill O’Reilly show. Jackson made some untoward comments about Barack Obama when he thought the microphone was turned off.

Jesse Jackson clearly never attended broadcasting school. If he had, he would know that a microphone is NEVER off, especially on network television. When the operator pushes the “off” button, it should be treated like a deadly snake some rancher has just killed. Did you know a poisonous snake with its head cut off can still strike and kill you? Jesse Jackson knows that now, all too well.

What can freelance writers learn from this?

For starters, there is the growing awareness of what happens when a potential employer, editor or publisher wants to Google you before they start paying you for services rendered. In the mid to late 90s, I knew of several people in the freelance IT industry who ran webcam blogs. Many of these people weren’t very concerned over the amount of clothing they wore on their webcams. I don’t think they thought very much about the notion that those pictures could still be floating around today, ten years later. END_OF_DOCUMENT_TOKEN_TO_BE_REPLACED