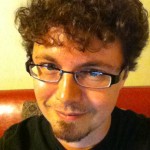 I don’t really look like the kind of person who plans on getting out of bed in the morning, let alone mapping out a IT Support Naperville business. But I’ve found that a bit of the old printed paper and activity projection over the coming month, six months, year, etc. is very useful. In the last two years, any goal I’ve committed to paper has more or less come to fruition.

The goals I didn’t bother to write down? Vapor.

Over at Freelance Folder, Amber Weinberg has a provocative blog post called Why Freelancers Don’t Need a Business Plan. Like many such posts, the advice is pretty solid, just packaged in a controversial idea with an eyeball-yanking headline.

But if you read past that headline you find that she and I pretty much agree on everything–planning is important, real-world goals are key, and crunching the numbers is an effective way to see how attainable your goals really are.

A less interesting headline for her post would be “Don’t Waste Time Pretending to Plan Your Business Like a Fortune 500 Company”. An even more snore-inducing title would be, “Make Some Realistic Goals and Break Them Down To See How Attainable They Really Are”.

And there’s the rub.

Freelancers who set goals can operate more comfortably day to day, knowing they aren’t just spinning their wheels–they actually have a road map and the daily tasks are part of that journey. Freelancers who don’t may find themselves feeling as though they’re just drifting aimlessly from one gig to the next.

The psychological comfort of knowing you have realistic goals to work toward can’t be underestimated. As Amber Weinberg more or less says in her post, you DO NOT need a 20 page report on what you’ll be doing in the next 12 months. You just need to have some solid, attainable goals and move towards them. That can go a long way toward peace of mind in the freelance game.

This post is sponsored by FiledBy – where authors can claim their free website and build their online marketing platform.

OK. I have a small confession to make. I stink at keeping up with blogs via an RSS feed. I’m simply no good at it, and I hate adding it all the time. I know it is supposed to make my life easier, and I appreciate that, but it just doesn’t work well for me.

Enter “The Freelance Feed“. This handy little resource is an aggregator that features hand-picked, quality freelance resources and gives you everything on one page–including the titles of some of the latest posts on the site. You can have this e-mailed to you or even set it as your home page. I’m loving this resource!

The site was launched in 2009 by Grace Smith, who is a freelance designer from Northern Ireland. Among the sites you will find listed in the “General” category are Freelance Switch, Freelance Folder, Guerrilla Freelancing, Seth Godin and Freelancer Magazine. (We’re in it too–that’s how we found the site!)

Don’t miss out–get everything in one place. It’s a great way to keep up on your favorite sites and take the pulse of the freelance industry at a glance. Thanks Grace!

This post was sponsored by FiledBy – where authors can claim their free website and build their online marketing platform.

Which begs the question–what does this do to freelance sites that depend heavily on pulling freelance job information from other sources (like we do for our own Freelance-Zone.com job posts)?

It seems to make our freelance jobs posting–and other sites more dedicated to freelance jobs–totally irrelevant in terms of offering a useful service. iGoogle has this angle completely covered for those who invest the time to actually set it up and check the feeds. So what’s a freelance site to do? END_OF_DOCUMENT_TOKEN_TO_BE_REPLACED