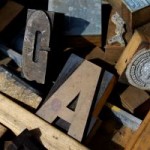 We’ve had more than a few queries lately about freelance editing, editors, and where to find professional editing help from people who actually CARE about the written word. It’s tough out there for a book or script writer who needs an extra set of eyes on their work.

Since Freelance-Zone.com is dedicated to helping writers, it was probably a bit overdue that we’d offer to put people in touch with editing pros (transparency alert: ourselves included) who can help with a book project, scripts, and other written material–at good rates. So here we are, offering.

When Catherine and I started FZ back in 2003, we never thought about the possibility that we could use the site as a way to help freelancers by putting them in touch with essential services like editors. But the more you network in this business, the more you realize just what a help it can be putting the right two people together to their mutual benefit.

So we encourage anyone with a serious book, script or other written project who needs editing help to get in touch. We are professional editors ourselves, but we also have many other colleagues who would be happy to quote rates and offer services for serious, caring work on your project.

If you need a rate quote, a description of services, or want to learn more, please feel free to get in touch with us for further information. You can contact us by clicking on the CONTACT US button or dropping us an e-mail to: editor (at) freelance-zone (dotcom).

While browsing Freelance Switch I ran across this post discussing five ways NOT to use social media in your freelance work.

Melanie Brooks writes, “Facebook and Twitter are different beasts. For marketing purposes, your Facebook status update should be updated a few times a day, max. Tweets should be used more frequently. If you tie them together you run the risk of annoying your Facebook followers with too much information; you don’t want to alienate your followers…”

To which I would like to add that I tried an experiment on Facebook and came up with quantifiable (to me) results that bear this out.

I decided to see what the tolerance is for daily posts on Facebook on a page which requires “likes”. Since liking a FB page is totally voluntary, and the users can opt out at any time, I figured paying attention to how many people liked a page versus how many dropped it based on the frequency of posts would be something valuable to know.

The page I was using had an average of a new “like” every two or three days.

I had been posting four or five times per day, and I noticed that for every two or three followers, I would lose one or two in a few days or a week. I decided to dial it down to three to four times a day, and noticed that the numbers leveling out a bit. The light had come on–there was still a two steps forward, one step back element going on.

Next, I played with posting three times a day but posting within the typical eight hour work day. No real change here. I didn’t start seeing a steady increase in numbers until I spaced three posts a day out to about six or seven hours between each post. I post around 5:30 AM, again at around 1 or 2PM, and once more at 9Pm.

THAT schedule has earned steady upward numbers with few, if any, ditching the page once it’s been liked. Is it a magic formula? No, you still have to have relevant, engaging content, but it is a system that certainly has worked for me–and one I now use as a default with new clients when appropriate. Naturally, you have to watch your audience on each individual account and pay attention to the nuances.

But if you’re looking for a posting schedule that seems to work, you could do a lot worse than starting off with that.

Joe Wallace is a freelance editor, writer, and social media manager for companies including Bank Administration Institute, VALoans.com and MilitaryHub.com. He is currently editing a book on voice acting and recently finished editing a video game script for military accuracy, jargon and American idiom usage. Contact him: jwallace (at) freelance-zone (dotcom).