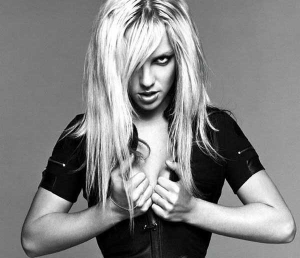 There’s an angry/bemused thread running on the Absolute Write forums about a rumored 14 million dollar book offer for Britney Spears to write her life story. People screamed and tore their clothing, lamenting that barely literate floor-stompers with overpriced wardrobes are getting large dollars to tell their sordid stories.

I have to say, I do sympathize. But then again, these books aren’t taking anything away from a market I personally would want to publish in. Yes, there are plenty of people who read this crap…but in my mind they wouldn’t be inclined to buy anything I personally would write…so I suppose the real harm is in the fact that there’s more Britney Spears eye pollution with a book deal–you know it will be stacked floor-to-ceiling and overwhelm every other book display in the store.

“Britney–The Rise, The Fall, The Histrionics”

Thinking about all those OTHER books on smaller presses being crowded out by a sea of (no doubt) bright yellow books with Britney’s half-opened mouth on the cover in what purports to be a “sensuous” look makes me cringe. In realizing the damage done to books by ACTUAL WRITERS by the massive over-printing job likely to happen with a Britney book, I’m now reassessing my previous cavalier attitude to the whole thing.

Yes, folks, I blog in real-time.

We can only hope that Britney Spears receives some kind of personality-altering head injury which makes her into a Howard Hughes-style recluse. She can hole up in the entire top floor of a Vegas hotel and wear Kleenex boxes on her feet just like Hughes, and the writer community can breathe easy knowing shelf space is preserved for people who actually have something to say.

Then again, maybe she’ll barf out a Faulkner. Who knows?

I just helped an old friend out, giving her what I’d call a narrow escape. I had just gotten back in touch with someone I hadn’t seen in years…when catching up, I learned she was working on her first three chapters of a novel that PublishAmerica expressed an interest in.

This set off warning bells as I’ve read many negative things about PublishAmerica–not the least of which includes an author testing PA by sending them a manuscript, reportedly containing the same 30 pages repeated ten times. PublishAmerica has gotten bad ink in respected places including Absolute Write.