There’s something that happens in that first line, on that first page.  Just words.  It seems simple.  One sentence after another.

But these opening words somehow, cleverly, shoehorn the reader into your story and the next umpteen pages. And they do not let them out. 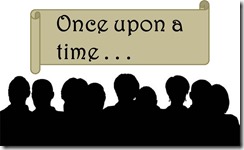 Good openings trap them.  Holds them hostage to the story.  Convinces them to select your book over thousands of contenders.

It’s one thing to talk about that magic and examine an already-published passage.  But it’s another thing to come up with it on your own.

There is no magical shoehorn app.  I’ve looked. (Please develop one, someone.  You’ll be a writing badass and a hero to at least one.  Do it.)  For meeeeee.)

Until technology catches up with us, we’ll have to look at manual methods for creating Opening Magic.

There’s something about knowing a regret of some sort exists that creates a reader-compulsion to Find. Out. Why.

This seems useful.  The regrets are already in your story.  Trust me.  So, that might be a great way to start.

Again with the compulsions.  If there’s a mystery, I want to solve it.  It’s as if the universe is unbalanced until an equal and worthy solution is found for a named mystery.

And here’s the key.  Mysteries aren’t that emotionally interesting unless they are surrounded by lies and secrets.  Without these two elements, it’s more like “Hey, some frustrating facts are missing over here,” which is not the same as a true, story-worthy mystery.

Secrets and lies imply there is huge and dreadful meaning that matters to a human being or two.  These elements imply an active efforts to create the mystery, an opponent, a devious adversary who will counter every move made to set the universe right.

And that is conflict, baby.  That’s story.

#3 Danger in the Air

Things are, somehow, not right.  Out of balance.  Mis-matched.

And it all starts with a recognition that something is worth noting.  Small parts of the universe are rubbing together and creating friction. Or even something big, if you want.

That something is Story barreling down on us.  The earth trembles.  The air quickens.  And soon the impact of Story will force the viewpoint character to adapt in order to survive.

It is the need to adapt that speaks directly to our biology of fear.  And fear is compelling story magic.

It’s hard work getting  the story to mean something to the reader.

Creating a luminous picture in the reader’s mind, rooting the reader down into the story world, is an immediate bridge to meaning.  It’s as if each, carefully-selected, unique detail imparts an associated memory of time and place.

All you need is the unusual and the (misleadingly) simple detail… leading directly into the mystery of the story.

Suddenly, the reader and the viewpoint character are sharing the same experience.  Memory. Meaning. Ripples of time and place.

In the end, as humans that’s all we have.  So we connect to it all the more.

Ah, the subtle awareness that things are not right.

In the case of beginnings, these can be more effective, sometimes, than The Big Bad stomping all over your characters, because with worry, there’s room to get to know your character and understand context.

As Chuck Wendig says, “Without depth of character and without context, an action scene is ultimately shallow and that’s how they often feel when leading off the first chapter.”

Tell me your Story Magic.  Let’s make this list long and fruitful!

Diane writes two columns for Freelance-Zone: (1)Fiction-Zone: Leaps in Fiction Mastery and (2) Marketing-Zone:Marketing Yourself and Your Writing.