Until You Have Standards, It’s Hard to Know If You Meet Them

Yesterday I watched a fan-flipping-tastic TED Talk (TED TALK: Colin Stokes: How movies teach manhood) that just might change the way you and I write fiction. 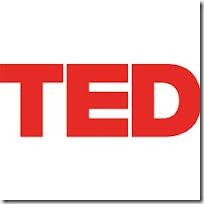 (*Ted Talks are a series of amazing presentations containing “Ideas Worth Sharing.)

First, scroll down for the talk, if you can watch right now.  I’ll wait.  Good.  Colin mentioned The Bechdel Test, used to quickly gauge women’s relevance in movies, but works for books, too.

(Megwrites developed an even better test here. But you just have to love the simplicity and humor of the original.)

A great many Romance novels, a genre that has its roots in the celebration of women’s stories) would fail this test, which I find interesting.

Why?  Because so many authors narrow their focus so that it’s the hero and heroine in the scene (and book) only.  And because… a dozen things.

Maybe if we authors knew about this test, we’d want to add a female character who can talk to the heroine about something other than That Darn Man.

(I come from the Romance Genre as a baby writer.  There are MANY books that do meet this test.  So don’t be thinking I’m dissing Romance.)

What Is Your Bechdel Test?

What is the most powerful value, theme, trait, or myth that you can communicate to future generations?

What do you find riveting about the type of fiction you write?

Why are you spending your life on this specific story?  Why not another one?

What content, ideas, message, or technique do you want to be known for?

Do you actually do it?

Create your own 3-part test to ensure that you spend your writing-life passing the test.

SUMMARY: When Colin Stokes’ 3-year-old son caught a glimpse of Star Wars, he was instantly obsessed. But what messages did he absorb from the sci-fi classic?

Stokes asks for more movies that send positive messages to boys: that cooperation is heroic, and respecting women is as manly as defeating the villain.

Diane writes two columns for Freelance-Zone: (1) Fiction-Zone: Leaps in Fiction Mastery and (2) Marketing-Zone: Marketing Yourself and Your Writing.