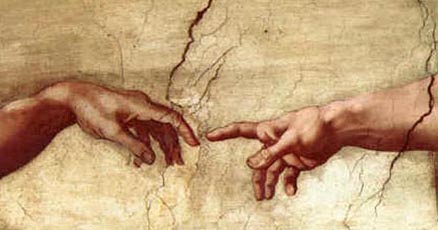 Years ago, at a time when I was at a crossroads in my career, I came upon a quote by San Francisco Bay Area psychologist Geri Weitzman, PhD. She said, “Sometimes you gotta create what you want to be a part of.” I was so inspired by this jewel of wisdom that I taped it to my refrigerator door, where it stayed for several years as a reminder of the creative potential that lives within us all.

Having had only minimal success submitting stories and articles to a small, local publication for seniors, I first applied Dr. Weitzman’s approach when I decided to try my hand at publishing my own magazine. Home PC’s and the Internet had become household commodities, and as a result, the desktop publishing industry was burgeoning as well.

At that time, I had been recently diagnosed with mitral valve prolapse, and having found no relief for my condition through practitioners of mainstream medicine, I began seeking alternative treatment with great success. So…using a desktop PC set up on my kitchen table, I created and published a little magazine called Pathways to Health, aimed at opening a dialogue between doctors of mainstream surgical and pharmaceutical medicine, and practitioners of alternative health care therapies such as acupuncture, massage, and reflexology. Pathways to Health was a modest success that lasted a little over two years, but never reaped a sustainable profit. Nevertheless, for me it was a crash course in the nuts and bolts of the publishing industry, and it opened doors to business relationships that still fuel my freelancing career to this day.

Fast-forward five years, to the day I sold my first travel tale, The Fox and the Foreigner, to ThingsAsian.com. Upon its publication, the site owner asked me to write a series of four articles about my experience teaching English in Japan; and it was those four articles that later became the core of my first published book, Ganbatte Means Go for It. I went on to write several more Japan-related books for ThingsAsian Press, but what I really wanted was to explore Asian culture through food and film.

So, when the site owner of ThingsAsian offered me my own weblog, there was no need to deliberate over what the theme would be: I created a daily blog called Chopstick Cinema; and for eight years, I had the pleasure of experimenting with hundreds of dishes from every cuisine throughout Asia, while enjoying the best that Asian cinema has to offer (with the added bonus that I have become a competent food photographer in the process).

With the current global economy, I am once again at a crossroads in my career. I’ve developed a skill set that qualifies me for an array of options in the publishing industry, but I’ve been freelancing for so long that I’m practically feral. So the idea of a punch-the-clock job is out of the question. Meanwhile, the food-blogging industry has reached critical mass, and print publishing is rapidly yielding to digital media. So once again, I find myself invoking the wisdom of Dr. Geri Weitzman: Sometimes you gotta create what you want to be a part of.

One thought on “Manifesting My Freelancing Destiny”