Do you wonder why some writing is shared in email, talked about among friends, passed around person to person? 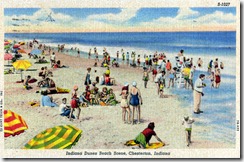 When I married my wife in 1952, I was taken into her immigrant family in Whiting, Indiana.

He writes about being accepted into his wife’s family and by his wife’s Uncle Al, who isn’t an uncle at all.  Uncle Al is a boarder, a concept we’ve lost in our current culture and now find foreign.

He was born in Lithuania, which was taken over by the Russians in its conquest of the Baltic States.

As a young man before World War II, he decided to escape from the communist occupation.  He snuck out of Lithuania, often crawling through fields and swimming underwater in rivers to avoid detection.

He worked on a freighter, shoveling coal into the furnaces to create steam. That was how he got to the United States.

Uncle Al ends up living with Dr. Todd’s in-laws, becoming family in a way that captures the immigrant experience of America, and also becoming the best of us, the most generous, the most loving.

It’s a good story.  You can read it here. It will only take a moment, then scroll down below Dr. Todd’s watchful gaze. 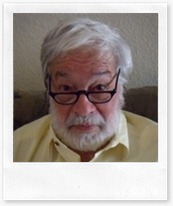 So what is the secret ingredient of writing that must be shared?

It’s the unexpected hurdle of not speaking English.  It’s the surprising information that adds depth and meaning to our understanding of what happened.

How did he do it?  we ask ourselves.

How do any of us, when we’re alone in the world, make our way?

The simple gestures of a new suit, a paid insurance bill… these are nice, but it’s the moment we realize the effort that went into being Uncle Al, that he’s alive to us.

3 thoughts on “Revealed: The Secret Ingredient That Practically Forces Your Reader To Share Your Writing”