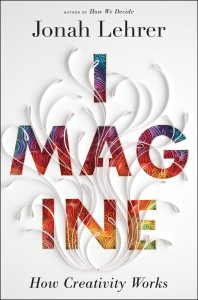 Jonah Lehrer, hugely popular author of “Imagine; How Creativity Works,” admitted last month to falsifying quotes from Bob Dylan. After further research, it was uncovered that his facts were flimsy at best, totally incorrect at worst. Finally, it was revealed that he had re-purposed and recycled a large amount of his previously published work, essentially receiving payment for work that he stole….from himself.

This raised a huge amount of controversy regarding Lehrer and other journalists in the field, and the lynch mob formed outside his door. Yet as the story developed, something remarkable happened – many supporters, and fellow journalists, demanded sympathy on Lehrer’s behalf. Supporters called upon others to show compassion for a young journalist who painted himself into a corner where he felt pressured to write another successful book with a turnaround time that would come hot on the heels of his previous successes in the publishing world (“hot on the heels” by publishing standards.)

In light of this controversy, I initially took up a torch and sided with the lynch mob. How could he possibly misquote Dylan?! DYLAN IS STILL ALIVE! Anyone could simply call up Dylan’s people to verify the quotes! And his falsified “scientific reasoning” based on neuroscience could obviously have been (and was) dis-proven by authorities in the field. Anyone with access to Google can search for his work and find duplications. So how then could he have been so brazen as to think that he would not be caught?

But over the past few weeks, I’ve found myself feeling more compassion as I realized that I too have used my own previous work as inspiration for blog posts, articles and speeches. Now, I am no a professional author, nor am I backed by a hugely successful publicist and publishing house. It’s easy enough for me to validate having used my own work in a recycled fashion because there is such limited exposure to what I write. But at what point have I committed a crime? Does a writer owe it to his readers to publish work that is original in thought and execution at all times? Or have you, like Lehrer, ever found yourself using previous work as inspiration for future work? And no, I’m not talking about cutting and pasting exact text, but I am talking about repurposing writing and thoughts.

I’m not asking you to show compassion for such blatant laziness in reporting. I am asking you to look back on your own writing, when it was midnight, you were under deadline, behind schedule and totally devoid of inspiration. Have you been guilty of this crime, if only to a lesser extent?

Share your opinion on this. We’d love to hear from you.