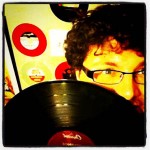 I read something on a known freelance blog today that should be filed under the “you know better” department. “It’s always nice to hear a good success story…(name deleted is) a UK-based freelance journalist (who) successfully made a career out of freelance writing with no previous experience or training. (Name deleted) is proof that as long as you can write well, you can start a thriving writing career at any time.”

Experienced folks know better than this, and it always irritates me a bit to see such platitudes handed out disguised as encouragement. If the writer had said, “(Name deleted) is proof that as long as you can write well, know where to pitch your ideas, and how to market yourself in an overcrowded field, you can start a thriving writing career at any time.”

Writing well isn’t really what the freelance game is all about.

To be sure, knowing your trade as a freelancer–ANY freelancer–is important. But the marketing, the networking, the cultivation of sympatico pros is crucial to that thriving career. How many books did Stephen King write before he landed his first major success with a publisher?

I believe the magic number was FIVE. And the one that made it was fished out of the trash can by his wife, who basically saved the novel Carrie from oblivion.

Maybe not the best, or even relevant example. But it goes to show you that writing well isn’t really the key to success. It is an important part of the equation, but it’s not what lands you the paychecks. Take inspiration from the success stories, but ask yourself how those people got where they are today. In the blog post I read, the writer took a leave of absence from her unrelated career, started building her networks and portfolio, and landed some paying gigs before returning to work two months later.

The writer lived a spartan existence, saved a nest-egg and worked at her old gig until she felt safe enough in her new freelance career to ditch the day job. She also performed that time-honored freelancer magic of taking on so much freelance work she no longer had time for her day job.

How do you apply these things in your own situation? The trick is to learn how to use your current resources and network in the same way, even if you don’t think your current contacts are freelancer-friendly.

You never know. It takes a bit of creative thinking and some determination, but your existing network might be the key to getting that thriving freelance career up and running. Your writing will come along over time–even if you fancy yourself a good writer (or whatever skill you’re honing) already. Finding one gig isn’t too difficult. Finding enough work to sustain you over the transition from employee to self-employed is another thing. You have to cultivate relationships, build your portfolio, and create a living wage from scratch.

How to begin all this? Look at your current network. There’s the key to your freelance success.

To be fair, the bulk of the blog post I criticized in my intro here isn’t about blowing sunshine up your kilt with false hopes. The beginning, which sent me into this rant in the first place, is misleading and poorly chosen, because the bulk of the writing truly does touch on the principles I mention here. But some will read that opening statement and run with it–and that I’d like to avoid. Aspiring freelancers should know what they’re getting into. Being realistic doesn’t equal discouragement from trying…but it IS important to keep it real.

Joe Wallace is easily annoyed by advice blogs, always amused by defensive replies to his snark, and fancies himself a better writer than he really is. He also collects and blogs about vinyl at www.Turntabling.net.

3 thoughts on “The Truth About Thriving Freelance Careers”