After 9 pacing techniques, 14 in-depth articles, and 6 months…. it’s time for the rubber to meet the road. 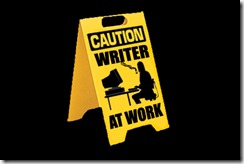 Back in September, I offered to work with one of the Freelance-Zone readers to improve his or her pacing.

Marcy Campbell  (a real, live writer!) answered the call, and I’ve been working with her as she transforms her novel’s opening (a real manuscript with real rejections) by applying my pacing insights.

I totally lucked out.

#1  Marcy is a very advanced writer. She has a beautiful voice and style of prose.  Her characters are fully fleshed out.  Her plot and themes are in place.  In fact, she’s so good, when you read her prose, you don’t know why she hasn’t sold yet.  (Hint: pacing.)

So she was perfect to work with.

After all, how do you improve something that’s already 99% of the way there?  That’s the advanced writer’s dilemma.

#2  Marcy is writing a quiet, up-market, commercial novel and not a thriller.  This excites me (a thriller writer), because pacing is often mistaken as something involving blood and car chases.

It’s something that even nice, quiet books need.

#3  Marcy is a hard worker, fearless, and willing to re-write, re-vision, and create totally new scenes in order to kick pacing ass.  And she did all this without losing her personal vision of what her novel is or should be.

This is such a rare trait, even among career-focused writers.  Why?

Because ego can get in your way – the hope, fear, or insistence that what you’ve slaved over really does work, and the person giving advice just doesn’t get it.

Rewriting over and over means you have to be okay with hearing that there’s more work to do.  Sometimes that can break your heart.

Oh, and you need  to still hold true to your vision.  That leaves you juggling openness, ego, and wisdom.  Marcy did this, and I admire that tremendously.

How Marcy Did It – Diagnostics

(*  See the expanded pacing definition below.)

Marcy’s original version was so finely written that the pacing issues were only truly visible when looking back over it.

This is true for many manuscripts.  In an initial read, all you have as a reader is a vague feeling that the manuscript just isn’t compelling enough (something commonly mentioned in rejection letters).

The summary below will make her work sound obviously problematic, but that wasn’t the case at all.  Her deft prose was fairly dazzling, her voice quite beautiful, and her protagonist’s thoughts filled with sly wit.   But underneath that, she faced the following challenges:

1.  A great deal of the story’s fresh/new information didn’t hook into the story.  While it did give a sense of realness and three-dimensionality, the details went off on tangents.

2. Riveting details were immediately defused by the insight that they’d never happened at all or had happened and now didn’t matter.

3. It was hard to tell what matters because the viewpoint character didn’t react much at all, nor was she facing a clear threat, goal, or consequence.

4. Only a small fraction of what was on the page was actually happening in real time.  The majority of the attention was on summary and flashback (pages that did not tie to what was happening in the current timeline).

6.  Without a clear sense that something important was happening now, we readers had no chance to feel the pull of an unknown outcome facing a character we care about.

7. And without a through-line of story, there was no room for a “game changer” to delight the reader and spin the character or story in a fresh direction.

8. This left the character unchanged by the scenes and information.

9. And therefore, the reader was also unaffected.

This list is so misleading. It sounds like she was making huge and horrible pacing mistakes.  But I’ll tell you, I read her pages initially and thought how good they were.  I did not think her problems were obvious at all.

Admiration alert –>  Instead of being married to her pages (which had already undergone many drafts), Marcy opted to write new scenes.

I can’t tell you how much I admire this, because when I have writing I like, I end up revising over and over.  It’s hard for me to move away or “give up” on what I already love.  But her new scenes are pretty stellar.  It was the right decision.

Unfortunately, this makes it hard for me to showcase a direct comparison of before and after.  But I think the following example illustrates how a deep understanding of pacing can do some amazing things for your story.

In Marcy’s original version of page 2, her female, adult protagonist, part of the church staff, is sitting in service and engaging in extended flashbacks and thoughts.  Here is one such thought:

“I believe my husband Dell and I might have divorced if we had not joined a couple’s prayer group at the church.  I can’t say it was the praying that did it, since Dell mostly refused to participate.  We didn’t attend for very long, but the sessions got us talking and laughing again, so we could deal with our problems in our own way.”

Marcy brought the “almost divorce” into the current story as something that was occurring right now.  No longer is her protagonist sitting in church thinking about a past event.

Instead, her husband is sitting next to her, holding her hand, tracing her palm….  That is until the preacher sees them from the pulpit and frowns.  Our protagonist jerks her hand away from her husband.

Dell tried to take it again, but I crossed my arms, and then so did he.

They aren’t quite in sync, are they? A few paragraphs down the preacher instructs the congregation to be honest with the Lord and themselves.

I glance at Dell, at the faint stubble on his cheek; he’d gotten up too late to shave.  Did being honest with your spouse come in between there somewhere?  And where did God stand on white lies?

Something isn’t right at all.  She’s keeping a secret.

As the congregation bows its head for prayer, we learn her secret prayer.

In the next scene, she and Dell are headed to a brand new Strengthening Our Marriages group.  No longer are the problems with her husband in the past.  No longer are they already solved by a generic prayer group as in her first draft.

In this version of the story, she’s in the thick of a very real situation that she cares deeply about.

We’re finding out as she finds out what will happen in this prayer group.  And everything matters to her deeply.

Watch the progression as the scene unfolds, starting in the car on the way to the group:

Dell didn’t understand the purpose of the Strengthening Our Marriages group. “Why fix what ain’t broke?” he joked on our drive over.

What I didn’t say is that I thought our marriage could use some strengthening. As far as I was concerned, we were reaching the 7-year itch a little early, about three years early. We’d settled comfortably into a rut, though it was small, a bicycle wheel rut, not a monster truck rut. We could still easily get out, if it didn’t get any deeper, or rain. Part of the problem was that I thought there’d be three of us by now, maybe four. Though I loved Dell, we had a dining room table that sat six, and it seemed a little lonely sometimes.

During the meeting, she confesses (unexpectedly) the challenge she and Dell face in conceiving a child:

I was afraid to look at Dell, but I could hear him take a deep breath, and I found his hand when Ed told all of us to pray for me to overcome my infertility. “I’m reminded of Pastor Simon’s sermon this morning,” Ed said, “and how life is so precious and how we must be a force to keep that message. And so I’d ask us to pray for God to bring a new life to His loving servant, Louisa. If that is His will.”

I said “Amen” with the others, but couldn’t help wondering what I’d just prayed for. That last part made it sound like I’d be okay with whatever God wanted, even if that didn’t include a child, and that was not what I felt at all.

Then, he turned to Dell. “What would you like to add?” he asked.

And finally in the car on the way home, they talk.  Dell says he hates doctors.  This is how the scene ends:

“It’s not like we’re old,” he said. “Not like we need to be in some crazy hurry and get all stressed out.”

I was in a hurry. I was stressed out. And I’d already made the appointment with the specialist.

As you review the definition of pacing (see below) that I’ve been sharing over the last 14 articles, look at how many aspects she nailed.

And I can tell you the answer to #9 below.  Yes, I want to read on.  I want to find out what happens, because Marcy has done such a great job of telling the story of these people.  I care what happens to them, I’m worried, and this story is full of promise.

Behind scenes-that-work, even quiet scenes, is a framework built out of new information on every page, in every paragraph, information that matters to the story.

To keep the reader riveted to (and immersed in) the story…

3. STUFF THAT MATTERS TO THE STORY

Readers are looking for The Good Parts.  Why?  Because storytelling is the art of shaping  what matters into a story worth reader… and leaving out the stuff that doesn’t matter.

When you have great pacing, every scene is really an “Oh, Crap!” scene.  Every scene has this element that something is happening now that will change the characters and story after.

Readers take your word for what’s important, specifically they take your character’s word.

If there’s no immediate reaction by at least one character, not even shocked silence or a new realization, then the reader concludes that NOTHING IMPORTANT IS HAPPENING that can’t be summed up or skipped.

6. WITH AN UNKNOWN OUTCOME

When a reader can pretty much guess what’s in the next sentence, in the best cases it generates a silent, internal, “Yeah, okay, fine.”

In the worst cases it generates at, “Gah, I’ve seen that before.”

And if they don’t care what happens next… you’ve reached pacing death.

7. THAT CHANGES THE GAME

Readers secretly decipher the mystery of your story just like a detective, and when they’ve figured it out, they declare, “By jove, I’ve got it!”  Bad News: now the reader’s bored.

Your job is to be such a pacing master of your story that you can use revelation in the most devastating way (to impact your characters AND your readers).

8. FOR AT LEAST ONE CHARACTER

Pacing Diagnostics Tool #1 – Your Characters: Pacing is the reader’s experience of the story as brought to life by the characters and scenes you’ve chosen.

Pacing Diagnostics Tool #3 – Your Reader: When readers pick up a book, they’re only concerned with one question: “Do I want to read on?”

There are stories we stay up all night to read. The desire to know what happens next is HUGE. (Yes, even if the story, itself, is quiet.)  This desire is the culmination of everything you do right, especially pacing.

This article is the 14th in Diane’s craft-of-fiction-writing series on Pacing: