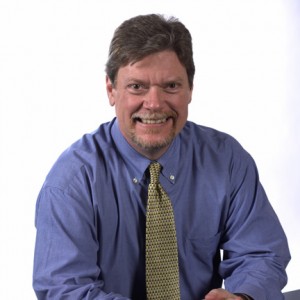 I’ve been playing around with Twaitter and Ping.fm, and I think I’ve figured out a way to retire in two years.

Twaitter can be integrated with Ping.fm, and then your messages can automatically be sent not only to Twitter, but also to Facebook, LinkedIn, Myspace, and about 60 other social networks.

My plan is to use Twaitter and Ping.fm to cut my workload in half in the near term, and then to retire early, all while watching my income increase exponentially.

First, I need to find a really repetitive, redundant and repetitive  job. Then I’m going to do half of next week’s work this week. After that, I’ll use Twaitter and Ping.fm to schedule and broadcast half of my work next week while I’m sitting on the beach relaxing. (I’ll have to continue to work the other half of the time.) I’ll keep doing that every week for a year, and then I’ll repeat the same steps in year two, eliminating the need to work the other half of next week. By the end of year two, I’ll no longer need to work at all.

I’ll continue to work though, partly because I am still trying to prove my third-grade teacher wrong for giving me a “check-minus” in “industriousness,” but also because I’m pretty sure that if I can figure out a way to get Twaitter and Ping.fm to feed each other, I can probably figure out a way to do multiple jobs and increase my pay exponentially, even as I slip into retirement.

And then there’s the Holy Grail of social media apps: time travel. I’ve been thinking about time travel ever since I met a man who was able to travel through time. It was 2006, and the man told me he had traveled to the present from 1970. I was skeptical at first, but then he proved it by telling me in great detail about everything that happened in 1970. It was amazing.

Ever since then, I’ve had my heart set on time travel. My thinking is that if scheduling and broadcasting messages can take you forward into perpetuity, then sending messages back from Twitter, Facebook, LinkedIn and other social media networks  toward the Twaitter-Ping-Google-Yahoo-Amazon-Ebay center of the universe (aka “Source”) will probably not only make time travel possible, it may actually reverse the flow of time.

That’s my thinking. Then again, I think I got a “check-minus” in “Thinks logically,” too.

Mike O’Mary is founder of Dream of Things, a book publisher and online retailer