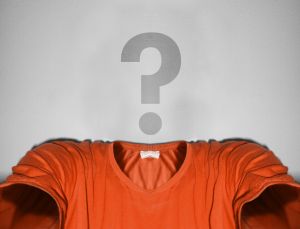 Freelance Switch had an excellent article recently on the phenomenon known as the “magical client”. You know the ones–they show up with work from time to time, pad out your coffers for a bit, then fade away for ages. Later, they reappear to throw some more work your way, like magic.

I can hear some new-to-freelancing grumbles now; “I wish I HAD some magically appearing clients!” Here’s how I cultivated some of mine:

Sounds absurd, I know. Remember Rescue 911? Shatner walking us through emergency after emergency, with those calm and reassuring tones. What a new freelancer can do to bring in repeat clients is be the go-to person in somebody else’s crisis. Over-deliver, make yourself completely available in an hour of need, and watch the loyalty grow.

This is starting to read like a sci-fi nerd dating column, but so be it. Leonard Nimoy, as Spock on Star Trek, was always the font of helpful advice and useful stats. Find a way to apply your freelance street skills to the benefit of a client and you’ll see that sometimes dispensing some free advice can increase your stature.

But beware–make sure you don’t come off as condescending or like a know-it-all, but if you see a client heading into a mistake, it’s good to diplomatically point out a better alternative.

The way I do it is just to relate my past experience. “You know, in the past when I’ve worked on other projects, I learned that Google tends to frown on key words it considers spammy. Too many keywords stuffed into an article is bad enough, but adding XYZ to the mix has, in my experience, really hurt any website those words appears on.”

I always had an impression of Tobey Maguire as an actor who specialized in sort of nerdy, weedy types. Then he buffed out for Spider-Man and it was obvious he had something in reserve he could bring out for special occasions. Don’t be afraid to reveal a skill your freelance client doesn’t realize you have.

I was hired to write for a music publication once where I kept getting quizzed about why I was “wasting my time” editing my own audio and video interviews. The boss assumed that because I was writing, I didn’t know video or audio editing. I clued them in that I had spent nearly 14 years shooting video and doing radio news before going into that gig as a music writer…suddenly I had all SORTS of uses besides writing.