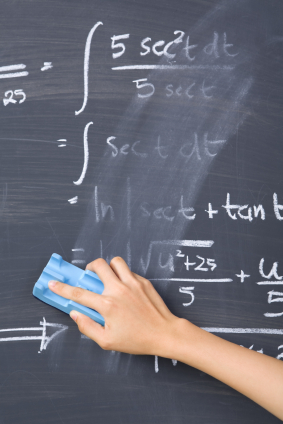 A couple of Saturdays ago, I met with some high school kids and talked about writing. I told them that if they know how to write, they will always have a job.

I used to believe that. Now I’m feeling like I should have qualified my advice. (Maybe something like “In between layoffs, there’s a good chance you’ll find some form of work if you know how to write well.”)

One of them asked me when I decided to become a writer. I told them that when I was a senior in high school, our English teacher gave us a writing assignment. I wrote a story about growing up in Louisville. It was a mix of humor and pathos, and that’s what I’ve been writing ever since.

It was a nice simple answer, but not the whole truth. The truth is that although I could write in high school, I was better at math. I took six years of math in four years of high school, and went to college with the intention of being in math major. Then during my freshman year of college, I found myself struggling through a calculus class (a class I had already taken in high school!). The turning point for me came during class one day when I wasn’t getting it, even though I was paying close attention and taking lots of notes. I turned to the student next to me  and realized he wasn’t paying attention at all. He was doodling. I said, “What are you doing?” He said, “I’m calculating the density of a star.” The next day, I became an English major.

But that’s not all of the story. I still had the math bug in me. So I also studied economics and became an English/economics double-major. Along the way, I learned about the Law of Comparative Advantage, which is when I really decided to be  a writer.

The Law of Comparative Advantage is usually discussed by economists as it relates to international trade, but it applies to individuals, too. I sum it up this way: if you are good at math and good at writing, the greater good of society will be served if you do the one where you have the greatest “comparative advantage” relative to other people. In my case, I’m good at math…certainly better than average…but not enough better than average to stand out compared to people who calculate the density of stars while doodling. On the other hand, I’m also good at writing (not as good, in my opinion, as I am at math, but I have a bigger comparative advantage in writing compared to the average writer than I do in math compared to the average mathmetician.

I don’t mention all of that to brag about my skills in math or writing. Believe me, there are people who are WAY better at both (either?) than I am. But the Law of Comparative Advantage helped me understand and feel good about my career choice. Even so, when the high school kids asked me about my decision to be a writer, I took creative license and told them about my high school English teacher rather than about the Law of Comparative Advantage. I hope they’ll forgive my white lie — even as they stand in line at the unemployment office twenty years from now cursing my name.

Perhaps if they write well enough, they’ll at least be able to barter for some calculus.

Mike O’Mary is founder of Dream of Things, an book publisher and online retailer.

One thought on “The Law of Comparative Advantage”