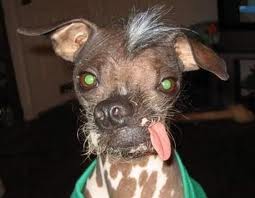 “Modern portfolio theory” is a Wall Street expression about maximizing your returns on stocks. A freelance graphic designer friend and I long ago came up with a freelance portfolio theory. It, too, is designed to maximize your returns (in attracting and finding new clients instead of winning stocks), and it runs something like this:

You reserve the right to *not* put crappy samples in your portfolio.

We came up with this concept out of frustration. You’ve written a knockout headline…which gets changed to something mundane. You’ve designed a clever ad layout…that the client thinks is a little too racy for their audience. You edited a whitepaper…and the author STETs their original gobbledegook. You’ve shot original photography…and the client decides they want to use a dopey stock image of two people shaking hands. It’s as bad as the irony Alanis Morissette famously whined about a few years back…don’t ya think?

But you can’t get mad, and you usually aren’t well served by trying to change a client’s mind once it’s set. So this theory allows you to take a step back, refocus, and say to yourself:

Let’s be real: When you’re starting out, you’ll take what you can get. I know this will make me sound ancient, but my first portfolio for job hunting in the magazine industry was a hideous, baby-blue binder with yellowed clips from my hometown newspaper. (Mercifully, the internet has made portfolio presentation a lot slicker.)

Once you have a critical mass of good stuff, however, it’s time to start getting choosy rather than going for sheer volume. Five hundred samples shows that you’ve done a lot of work, but no one wants to slog through everything. If they want more samples in a given industry, they’ll ask.

In the end, prospective clients will judge you on your best work, but an ugly sample might also have them questioning your judgment — in an “Ugh, why is *she* dating *him*?” sort of way. Dump the dogs, and stick with your best in show.

Have you ever had a client that turned a sure-fire portfolio masterpiece into a disaster you’d never admit to? Share your horror stories in the comments!

Contributing writer Jake Poinier also dispenses freelancing advice at DoctorFreelance.com a few times a week, and you can follow him on Twitter: @DrFreelance…and he promises he’ll follow you back!