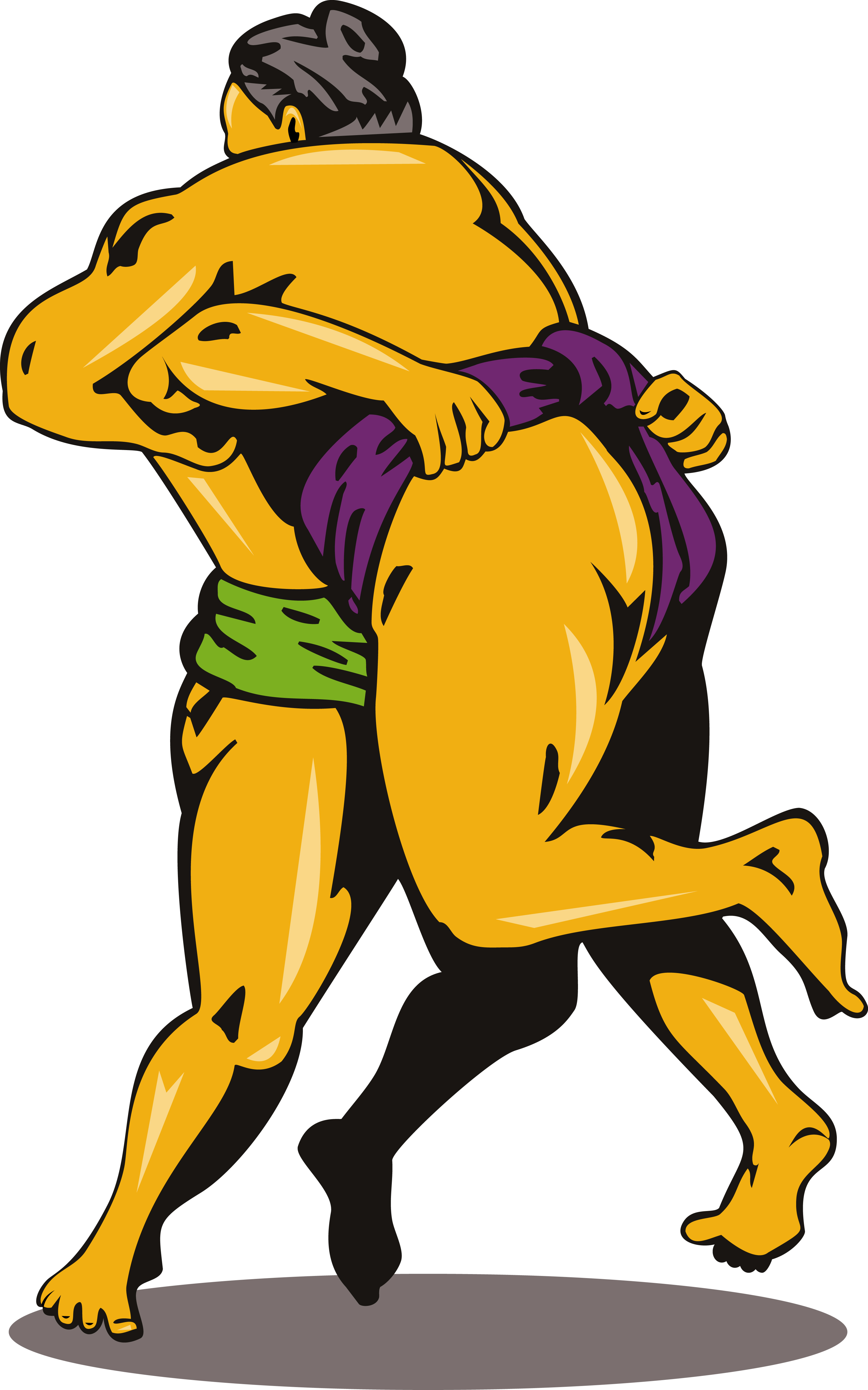 Next week, I’m going to help host a lunch for new employees. These things are always a little awkward for everybody involved, and for some reason, my mind keeps going back to 1961 when I was the new guy…

When I was five years old, my family moved to a new neighborhood. One of the first things I did was to explore by taking a walk around the block with my little brother.

When we were half way around the block, two kids called to us from down the street. I sent my little brother back to the house, and if I had had any brains, I would have gone home, too. But males acquire two traits at a very early age: the ability to sense danger from approaching strangers, and the macho impulse that keeps us from running away. So I sent my brother home and waited with my five-year-old arms folded in defiance as the two kids approached.

The first thing they wanted to know was my name. I told them, but apparently they didn’t like the sound of it because the next thing I knew, one of them had me in a headlock. He was also making further inquiries about my background. Things like, “Where you from?” and “What’re you doing here?” I didn’t answer because I had already seen enough John Wayne movies to know that a straight answer to a straight question is a sign of weakness.

I forget how the fight wound down, but I eventually got home for dinner. And the two guys who attacked me eventually became two of my closest friends. Now, years later, I can’t help but note the similarity between greeting a new kid in the neighborhood at age five and greeting a new person at the office today. The only difference seems to be that somewhere along the way, we lose the need to hold the new person in a headlock while inquiring about his or her past. But I’m thinking a headlock might be just the thing to break the ice with new employees next week. I’ll let you know how things go.

Mike O’Mary is founding dreamer of Dream of Things, a book publisher currently accepting creative nonfiction stories for anthologies on 14 topics, including Cubicle Stories: Life in the Modern Workplace.