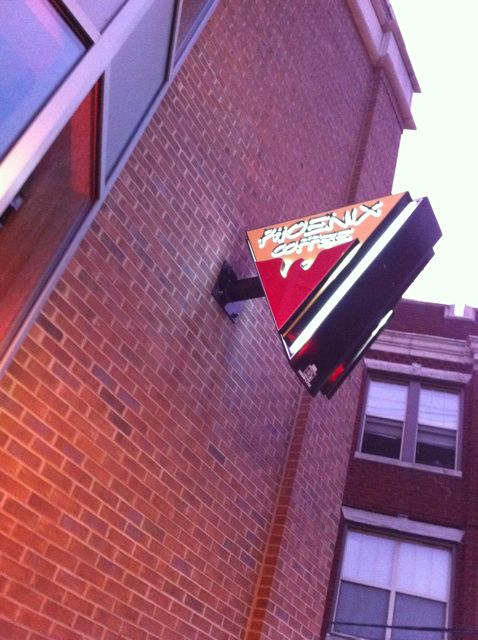 I’ve been traveling across the U.S. in the last seven days, blogging about independent record stores and trying to maintain my regular freelance clients at the same time. It’s been a tricky journey in spots; the closer I got to NYC, the more difficult it became to find wi-fi hotspots along the way so I could meet my deadlines while staying the course on the long drives to and from the indie record stores I’m writing about.

One of the most freelancer-friendly cities I’ve visited so far has to be Cleveland, Ohio. More specifically, my experiences were in Cleveland Heights–which I’m not sure is an actual township outside Cleveland proper or a district of Cleveland.

I am a new Cleveland fan now for several reasons–for starters, it wasn’t hard to find a place to connect (for free) and post my work. There were plenty of inexpensive hotels to choose from, and everyone I met there was super-friendly–offering plenty of help for my blogging work. Record store owners even told me where the competition is located in Cleveland so I could make a more complete report!

But hands down, the most impressive thing for a hungry, road-weary freelancer is the quality of the food in any place where the vehicle gets parked for the night. Cleveland wins first prize in this categoy. ALL the restaurants I enjoyed there had big menus priced under ten dollars and were so massive that I got two, even three meals out of the bargain. And make no mistake–this was GOOD food, not barely adequate crap.

My hat is off to Tommy’s Restaurant (awesome breakfasts), to the Winking Lizard Tavern (great dinner), and Phoenix Coffee, all located along the same stretch of Coventry Road in Cleveland Heights. You might notice that I only list two actual restaurants–that’s because the previously mentioned food portions were so massive I didn’t NEED to eat anywhere else.

As a city, Cleveland has a lot to offer a music journalist and record store lover like me…as a freelancer it also is an easy place to work.