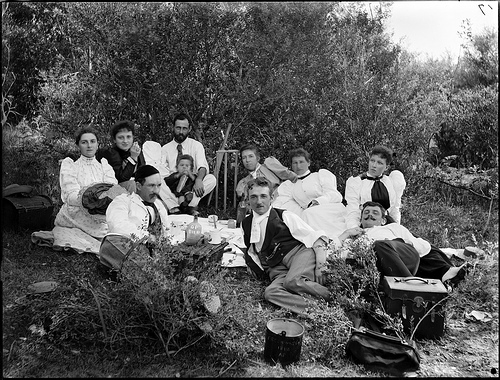 I was talking with a friend recently who is trying to find “balance” in his life. “Balance” meaning the appropriate mixture of work, family life and other interests while fulfilling his various duties as employee (or in this case employer), spouse, parent, neighbor and citizen.

Finding the right mixture is not an easy task. In older automobiles, they used a thing called a “choke” to adjust the mixture of fuel and oxygen to just the right level. Today, we have fuel injection. But neither makes for a very attractive metaphor. Would you rather choke off a part of yourself trying to find the proper balance, or do you just mainline everything and hope you don’t overdose?

I think when people talk about balance, they are really talking about happiness. And so I referred my friend to the following poem. This is “Happiness” written by Carl Sandburg in 1916.

I asked professors who teach the meaning of life to tell me what is happiness.
And I went to famous executives who boss the work of thousands of men.
They all shook their heads and gave me a smile as though I was trying to fool with them.
And then one Sunday afternoon I wandered out along the Desplaines river.
And I saw a crowd of Hungarians under the trees with their women and children and a keg of beer and an accordion.

I think you could substitute the word “balance” for “happiness” in that poem and it would still work. Either way, Sandburg’s words still hit home some four-score and fourteen years after he wrote them.

When is the last time you danced by the river with your “women and children and a keg of beer and an accordion”? If you haven’t done it — or something similar — lately, your life might be teetering slightly out of balance.

Mike O’Mary is founding dreamer of Dream of Things, a book publisher currently accepting creative nonfiction stories for anthologies on 15 topics, including an anthology titled Making Waves – Stories About Role Models Who Inspire and Motivate Us.