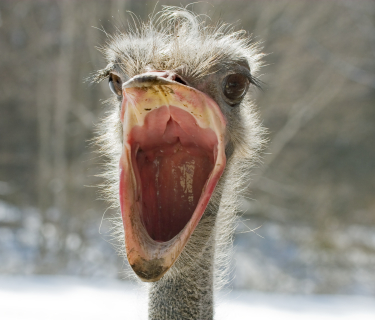 For most of the past 20 years, I’ve made my living writing speeches, presentations and annual reports for CEOs and other executives. It can be stressful sometimes, but the pay is decent, and it’s not really all that difficult – not if you know the two little secrets I’m about to tell you.

Secret #1: I’ve been asked many times about writing for executives. Here’s how I usually approach the task: I take inventory of all the information that is available to me…past speeches and presentations, newsletters, news releases, notes from interviews, etc., — anything that might be useful. I immerse myself in the material, take copious notes and absorb as much information as I can. Then I put it all aside, kick back and ask myself, “WWCD — What Would the CEO Do?” That’s Secret #1. You have to be willing to put all of your notes aside, trust your judgment, and put yourself in his or her shoes.

Secret #2: People often say to me, “Wow, you did a really great job of capturing the CEO’s voice. How did you do it?” The answer: I listened to what the CEO said. That almost sounds facetious, doesn’t it? But it’s not. That’s my secret. You would be surprised at how many people hear what they want to hear instead of what is said. Or they hear what the CEO said but they don’t agree with it — or they think they can say it better. And sometimes an idea can be expressed more clearly or more eloquently (eloquentlier?). But one of the keys to being a good writer is being a good listener. Don’t ever forget that. I can’t tell you how many times I’ve been in meetings with a CEO or other executive, quietly listening and taking notes while other people are blabbing away, making their opinions known. I come away with pages and pages of notes. I weave those notes into speeches, often giving the CEO’s words back to him or her verbatim, and the CEO reacts by saying, “Yes! This sounds like something I would say!”

Don’t make your job as a speechwriter harder than it is. Use what is given to you. Then your job is simply a matter of figuring out how to put it together.