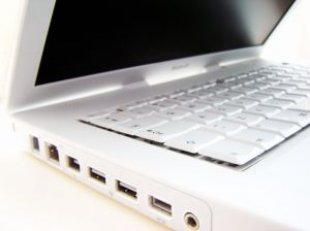 Wired.com has a section called the How-To Wiki. On January 10, 2010 an entry called Internet Article Marketing showed up there, detailing how you can market your blog by creating articles and posting them in places like Squidoo and Associated Content.

The idea is simple; put an article with a one-way link back to your low-ranked site from a higher ranked site and you can earn yourself more Google clout in the process. That potentially means better placement in search results.

This is nothing new, blog-for-money how-to sites like the Green Ninja talk about this stuff all the time.

What IS new is that the practice has finally crept into the mainstream with Wired letting the cat out of the bag.

What this tells me is that it’s entirely possible that “Internet article marketing” days are numbered. I have nothing concrete to base this on, just a hunch that those who don’t change their game in 2010 will end up on the losing team in the end.

Google has this funny habit of modifying itself to stay a step ahead of the masses. When certain “tolerated” practices became more widely used, Google just mutated and made those practices “sandbox” worthy. (As in, do those things and Google will probably dump your site at the bottom of the search rankings.)

Remember keyword stuffing? That was the practice of putting specific keywords into every available sentence to make Google pick up your page and drive it to the top of the search engine rankings. It worked for a while, but Google put the kibosh on it. Remember hidden text? A close cousin to keyword stuffing, this is where some would put a large chunk of text at the bottom or top of a web page to trick Google into thinking the page was about all those things and rank it more highly in searches. The text was the same color as the background, so you couldn’t see it and be totally annoyed.

Those tactics were tolerated for a short while, everybody wound up using them, and then Google just changed the game.

And now we have “Internet article marketing”.

It’s not going to be long before Google finds a way to subvert it and render it completely ineffective. And what that means to Joe Blogger is that the oldest rule in the book–the one Google really wants us to abide by–will somehow rise back to the top again.

CONTENT IS KING. If you have a website with nothing good to read, people won’t bother. Even now, you may be able to artificially inflate your traffic with tactics like content marketing, but if you don’t have anything for us to enjoy or be informed by, we aren’t coming back.

The sites that DO have good content, whether it’s a blog, a retail site or a news outlet, will simply have to find some better ways to attract traffic. Legit sites do use content marketing and Internet marketing, but I have a funny feeling that’s a time investment that is going the way of the pop-under ad.