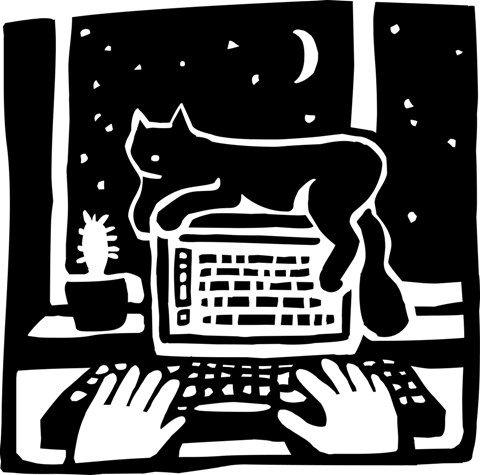 When I first started freelancing, I had an hourly rate in mind. But I quickly realized that most of my clients didn’t care about my hourly rate. They had a budget, and all they wanted to know was whether or not I could do the work within their budget. I mentioned this to a friend in another field (graphic design), and he told me that he never gave clients an hourly rate. He advised me to think not in terms of how much I wanted to make per hour, but in terms of what the job was worth to the client. It was the best advice I ever received as a freelancer.

The aim of pricing by the job is not to take advantage of the client, but to realize the value of your contribution. For example, I was once asked to edit the identity manual of a large corporation. They were spending hundreds of thousands of dollars on a new identity program – and that didn’t even include what they were eventually going to spend on signage, stationery, and everything else that had their branding on it. I looked at the manual and figured I could edit it in 10 hours. My goal at the time was to average $100 per hour, so it might have made sense to give them a price of $1,000. But knowing the value of the overall project to them, I gave them a price of $3,500. They didn’t bat an eye. I did a very thorough job, but even so, the project only took 12 hours. The client was happy because they had the quality control they wanted at a price that was within their budget. And I was happy because I earned well above my average rate – which helped to make up for some of the many jobs I did for far lower rates.

In another example, I had the opportunity to bid on writing and editing an annual report for a Fortune 500 company. I gave them what I thought was a fair price of $5,000. They told me that they wanted me to do the job – but they diplomatically added that they thought I had “underestimated the scope of the project.” They then asked me to increase my price to $15,000! I later learned that the year before they had hired a freelance writer through a large agency, and had paid $25,000. To pay only $5,000 the following year would have made the project manager look bad. (Imagine his boss saying, “Only $5,000?! What were you thinking when you paid $25,000 last year?!”) But trimming the copywriting budget from $25,000 to $15,000 didn’t make the project manager look bad – instead, it looked like good cost management. Plus, the company got a very happy and dedicated copywriter for the job. Had I done a little more homework (how many copies did they print the prior year, how many pages, what was the schedule like, etc.), I probably could have figured out what I eventually learned, which was that they spent more than $500,000 on their annual report every year. So $5,000 or $15,000 or $25,000 was just a drop in the bucket. Again, it taught me the importance of knowing the overall value of the project to the client.

I’d be interested in the experience of other freelancers when it comes to pricing your work. Do you usually quote by the job, or do you usually give clients an hourly rate? Have you had any experiences similar to the ones described above? What advice would you share with other freelancers when it comes to giving quotes and estimating the relative value of your contribution as a copywriter or editor?

See what the latest is at Dream of Things….Mike’s new project. Writers and editors are needed on an ongoing basis…

5 thoughts on “Putting a Price on Your Work”