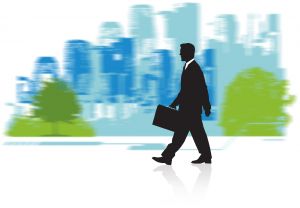 I fired my tax preparer today. He doesn’t know he’s been fired yet. He’ll probably never know unless he looks in his database someday and realizes that I didn’t come back at tax time in 2010.

Why did I fire my tax guy? I discovered he filed my 2008 taxes using an old address even after I specifically said at the start of our 2008 tax prep conversation that I’d moved. Simple mistake, anyone could make it. Is that reason enough to give him the axe? No, not really.

But when I called his office to straighten things out, not only did I not get a call back the same day, I didn’t get a call back PERIOD. And taxes are far too important to doink around with. If the professional you’ve hired to do the job can’t get a simple detail right or at least get in touch to reassure you he’s working it, it’s time to move on and find someone who will instill the trust you expect.

It’s the same in the freelance world. Sometimes you’ll never know you got fired. When you blow the simple things–like a call to the editor to update them on a critical piece or just to let them know you might miss deadline a tiny bit–you run the risk of crossing them at a bad moment when they’re more likely to forgive but not forget.

And in some cases, that equals “We don’t hire you again.”

Want to avoid getting fired without knowing it? Here are some simple strategies.