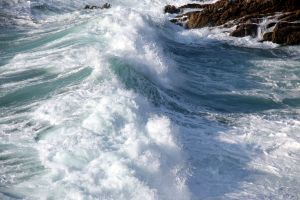 Google Wave is the source of much new buzz. Some say Google Wave has the power to affect the future of all online freelance work. Why? Check out this article at Mashable.com, which explains all you’ll need to know about the recently announced open-source communication and collaboration tool. You thought Google Documents was pretty bad-ass, wait til Google Wave gets released later this year? Til then you’ll have to put up with litle more than tantalizing blog posts and some material from Google hyping it up as the game-changer it probably is. Did we mention that it’s open source? That means customized features for freelancers just as soon as some freelance-friendly code crunchers get a hold of it.

I’ve never been an early adopter of ANYTHING. Not the iPhone, not Windows Vista or even the Mac Leopard OS. That’s going to change with Google Wave–this sounds too excellent not to try. The features are revolutionary–including wiki-style document editing and drag-n-drop file uploads. That’s perfect for a writer/photog like me and Cath. Click the links, and check out those features and comment here–you’ll see why freelancers should be excited about Google Wave.