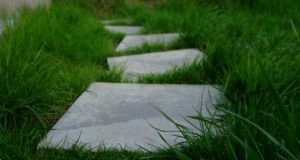 When freelancers make the leap from writers to editors, there are a large number of booby traps waiting for them in the early months of that first editing gig. Are you about to get a promotion and a title change? Are you considering an image change in your marketing campaign from writer to writer/editor? Here’s my “Don’t Do This” list to help you avoid some of the more troublesome problems you’ll face in the early days of the gig.

10. Don’t get promoted without a raise. If you plan to do editing work, your compensation should increase according to your new responsibilities. For freelance and contract people, that means raising your rates. For freelancers who are about to become employees, that means calculating your current worth and tacking on something extra to make the switch from freelance freedom to employee status worth your while. DO NOT take an increase in pressure without an increase in pay!

9. Don’t wait to be told what your duties are. Tell the people who pay the bills what YOUR expectations of the job are and ask them what their input is. Always try to get a hand in defining your duties whenever possible so you can keep your work load reasonable and commensurate with your pay. You can do this by drawing up your own job description in as much detail as possible and submitting it to your boss or editor-in-chief for discussion. First time editors can benefit from drawing up this job description in many ways, but the first is to clarify in your own mind what you think the job will entail.

8. Don’t accept old relationships with freelancers as a given. Always evaluate the freelancer’s current work in light of your own standards, and give them plenty of feedback about how you think the relationship should work with you at the helm. You don’t need to fire anyone, but you should let them know from the start what YOUR expectations are rather than trying to conform to an old editor’s policies. You might not know what those expectations are yet, so let your freelancers know that you want to have a chat with them sometime in the near future. Once you feel comfortable having that conversation, have at it.

7. Don’t be afraid of nepotism with your freelancers. The caveat to hiring your friends is that they had better not SUCK. If they are good writers, hire away. If not, don’t even bother. See #6 for more.

6. Don’t be afraid to fire your friends. If you took a chance and hired a friend who isn’t working out, get rid of them. It’s your ass or theirs. And it better not be YOURS. They will forgive you eventually, or not. But that’s not your problem, you have editing work to do. If they can’t be mature enough to handle the gig or the parting of professional ways, chances are you’re better off without them regardless of how guilty you’ll feel. Here’s a hint. Don’t pay any attention to #7 unless you can handle firing your pals.

5. Don’t let communication lapse with your freelancers. Have you commented on the quality of your writer’s output lately? Are there developments in the publication they should know about? Have the writers written you with questions? Don’t ignore these e-mails. Reply even if it’s just to say you’re swamped and will get back to them soonest. Lack of communication fosters mistrust and worry among writers as we all know…it’s good to remember that when you go from writer to editor.

4. Don’t be inconsistent in your standards. If you need to enforce quality standards in any area, enforce them across the board for EVERYONE. Don’t allow one writer to get by with something while another gets read the riot act. Writers talk to one another and it’s only a matter of time before your inconsistencies become a liability.

3. Don’t neglect pay issues. If your writer sends a note that her payment is late or overdue, send an e-mail back right away even if it’s just to say you’re looking into it. The longer the writer waits for contact, the more mistrust is created, even if it’s nobody’s fault in the end. The perception of reality in cases like these is far more important to address than the actual facts. The writer doesn’t care that the payroll person got attacked by weasels on the way to the post office or that space monkeys ate all your invoices. They just want to get paid.

2. Don’t try to do it all. Just because you were a writer before you became an editor doesn’t mean you should continue to write when you don’t have to. If you MUST write, do not edit your own work if at all possible. You need someone else’s editorial input to keep you honest. It is a strong temptation to publish your own writing without editorial review–even if it’s just the eyes of someone who works for you. Let other eyes see your work before it goes to press. You will be shocked at how effective this practice is at keeping you vigilant when you edit someone else’s work.

1. Don’t get discouraged. The early days of a new editing gig are challenging. Don’t throw in the towel and go running back for the safe, familiar writing gig you used to have. Tough it out and be patient with yourself as you learn to apply your writing skills in a totally new way. Many give up too soon and assume they don’t have what it takes to be an editor. Ignore that negative voice in your head and press on. You WILL improve and learn over time, just in the same way you did as a new writer.