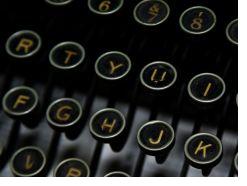 There is a practice in other freelance disciplines where those with a lot of professional experience market themselves as coaches available to help less experienced freelancers. In the voiceover industry, coaching seems to be a career unto itself –if you can schedule enough seminars, boot camps and other instructional sessions.

Freelance writing is quite different, near as I can tell; I’ve only seen a few websites where such services were offered for a fee, and none of those I’ve encountered have the same kind of professional and reassuring approach common to the established coaches I’ve found in other fields. A great example: when I decided to start sidelining in voiceover work to supplement my freelance writing income, I took the advice I’ve seen in every book and on every website about the craft. I hired a vocal coach to work with me one-on-one. My new coach, Jeff Lupetin, works in association with Acting Studio Chicago. The rates are VERY reasonable but would still make an outsider cringe until they learn how much other people charge. I count myself lucky to have found a skilled, engaging coach at reasonable rates.

I don’t pay hundreds of dollars per hour, the coaching is spot-on and valuable, and I feel in the short time I’ve been doing voice work as a freelancer (as opposed to doing in-house work, which I have quite a lot of experience doing), the coaching is definitely an important part of playing the freelance VO game.

The question: Should freelance writing newcomers and intermediates have the opportunity to pay for career coaching and critique if it legitimately helps advance their work?

There are two ways you could look at such coaching. One type of coach–in ANY discipline– has a passion for the craft and genuinely wants people to succeed. Another type of coach really needs (or wants) the money and is happy to take on the distraction of other people’s problems in exchange for a fee.

I know both kinds of coaches are out there. My own coach (for voice, not writing) is one of the passionate types who really wants to help people learn the craft. I’m more than willing to pay for such services in the voiceover world, but every time I ever saw someone’s website advertising similar help for writers, it always seemed a bit scammy to me.

I’m not QUITE sure, but there was something about the way such services were presented that always bugged me. I myself have been tempted in the past to offer career advice and critique for writers for a modest fee, but the other sites I’ve encountered always put me off. I never wanted to be “one of THEM”. I am SURE there are legit writing coaches out there. I’d love to meet some.

When it comes to coaching, I keep catching myself doing that kind of work ANYWAY. To date, I’ve mentored more people than I can count on the art and business of writing. All for free, because they were friends or associates. I think in order to charge for these services, a 100% satisfaction-guaranteed-or-your-money-back offer would be mandatory. At least it would be if I offered my advice for a fee.

I tell myself that I’m already doing the work, why not get paid for it? The information and feedback is valuable, and everyone I’ve worked with has continued in the craft in one form or another. So why doesn’t it sound more appealing?

I think it has something to do with the memory of some writer websites and mags that promise “YOU can be A WRITER!” and imply that EVERYONE can do it. That’s not true. What would be more accurate would be to offer help to improve the skills you DO have. Not everyone can be Hemmingway, but there are some damn fine commercial copywriters out there who know how to write for the needs of that industry. The trick is to find your own skill set and work it.  Hard.

There are definite pitfalls and things to avoid doing in this industry–that’s one of the reasons this blog exists–but when does the journey require something MORE? A phone consult at an affordable fee or a critique of your latest batch of queries?

The world of voiceovers is just as competitive as freelance writing, and I don’t regret a single penny I’ve paid for the pro services I’ve gotten along the way. I wonder if there’s a consensus waiting to be discovered on what constitutes LEGIT and HELPFUL coaching services for WRITERS.

Your thoughts on this are most welcome.

One thought on “Writing Coaches: How Much Would YOU Pay?”