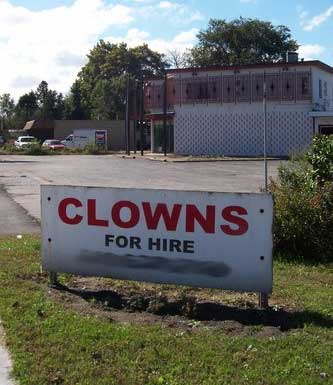 What’s a noob? A Noob is a newbie. A newcomer. Someone who hasn’t quite learned the basics yet. What’s wrong with being a noob? Nothing. What’s wrong with letting an editor THINK you’re a noob? EVERYTHING. You may be new, but you don’t have to make the mistakes your fellow newcomers will.

Be more competitive and edge out those other so-and-sos but taking heed to these five freelance writing noob mistakes. Some are so common you’ll want to bite your thumbs off in embarrassment for even coming CLOSE to making them. Only one directly pertains to dealing with editors, but at least one other one will give you a serious competitive edge in your writing. Many noobs fail to heed this advice to their peril. Don’t be one of them;

5. Admitting up front “I have no experience.” Never lead off a query letter by saying you have no publication experience. If you don’t have any experience, just DON’T MENTION IT. If the editor ASKS you for clips, THEN address the issue. If your query letter has caught someone’s eye, you have a much better chance if you let them ask rather than wave a big, red flag.

4. Spending a lot of money on writer’s market books. Books that have market information can be a GREAT help, and don’t think I am saying NOT to buy them. I am saying that you should make your purchases carefully and try to save your money. Use the library, do your research online and spend wisely. You will learn many things from all kinds of books. Don’t invest in resources to find markets until you know the game well enough to understand what size markets are right for you at this point in your career. Here’s THE SECRET about writer’s markets: If everybody knows about a particular market and it’s well represented in the writer’s market guides online and in print, how many thousands of queries do you think those poor editors get in a single day? That’s right, enough to paper the San Fernando Valley.

3. NOT buying a copy of the AP Style Guide and The Elements of Style. I have been writing since 1987, I am very nearly to the point of bringing in six figures a year from my writing and editing work and I train and mentor new/intermediate writers. And I still use these two books regularly. They are THE resources you need to improve your work no matter how long you’ve been playing the game. These two books are cheap and short, full of the best knowledge you can get about the actual mechanics of good writing.

2. Forgetting to set aside tax money on your freelance earnings. Guess what, folks? That money you have sitting in your Paypal account from your last freelance gig? That’s TAXABLE INCOME. Respect the IRS and don’t forget to set aside at least 25% of your earnings for April 15th. When you go fulltime freelance, you will have to pay extra tax for having the audacity to work for yourself. It’s a fact of life and you should get used to it sooner rather than later. Can you afford to pay a $3000 tax bill next April? Some freelancers get that and more, especially the first year they go fulltime and forget to take their deductions for supplies, home office gear, professional subscriptions, business travel and home office.

1. My all time number one noob freelancer mistake to avoid and personal pet peeve? Freelancers who do not follow the directions on a job ad, call for writers or the writer’s guidelines. READ the instructions and FOLLOW THEM TO THE LETTER. You’d be shocked at how many people fail to heed the warnings I put in job ads where I state quite clearly, “Send three published clips in the body of the e-mail. NO ATTACHMENTS. Attachments will not be read.” Some brain-dead ding dongs don’t send ANY clips, others send one or two, and still others send three–but as attachments. READ THE DAMN DIRECTIONS.

You will make an editor smile, you really will—and on at least ONE occasion, I wound up giving the assignment to someone who had less experience, fewer “sexy” published clips and was generally rough around the edges simply because THEY COULD FOLLOW INSTRUCTIONS and looked like they had some promise.