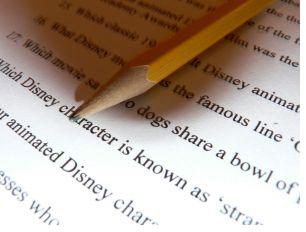 If you aren’t getting any responses in spite of sending query letter after query letter, it’s time to examine the root causes of the problem. There are three basic issues that could be roadblocking you:

2. The publication isn’t using freelancers at this time

3. Your query letter sucks and the editor is laughing at you.

The first two you can’t do much about. To fix #1, you need to read more of a particular magazine or website and try again once you’ve got a better idea of what they print. To fix #3, we need a closer look at your work.

“To Whom It May Concern” or “Dear Editor” is your first mistake–and probably your last with that particular query letter. It shows a basic lack of research. What’s worse, it shows a lack of INTEREST in that research. An editor can spot your lazy ass coming a mile away. Yeah, it’s harsh of me to say, but it’s true. Now you know.

Too much personal information is a complete turn-off. Nobody cares how much time you spent researching your ideas, how long they took to write, or who else likes them besides you. Also, don’t waste any editor’s time by sending a resume that has non-writing specific information in it–UNLESS that information is critical to your expertise on that story idea. If you are pitching a 2000 word article on scuba safety, your certification as a scuba instructor is a must-include.

A lack of a sales pitch is a typical beginner mistake. You are not trying to convince the editor he or she should take a chance on publishing you. You are trying to sell the editor on the story. Forget about the fact that you have limited writing credits or that you are a newcomer to the freelancing game. SELL THE STORY. What sounds better to you:

“I’ve got a great idea for a story on how gasoline prices make the price of bandages too high.”

“In January, gasoline prices soared. Customers paid 50% more at the pump than they did one year ago. Some of the effects of such high fuel prices are obvious, but the hidden costs are far more alarming. A recent study conducted by Illinois State University revealed a higher incidence among poor families in serious infections due to improper first aid for simple cuts and scrapes. The study draws a correlation between higher prices for bandages and first aid supplies…”

You get the idea. (For the record, that study never actually happened. It’s just an example.)

Over-reliance on other people’s query letter “format”. When I was a newbie freelance writer, I studied successful writers and their query letters. I copied them. Guess what? I got just as many rejections and ignored queries after doing that sort of homework. When I started writing my OWN query letters in my own voice and started SELLING my ideas, I got better results.

One of the most commonly asked questions new freelance writers ask is, “How long should my query letter be?” The answer is quite simple. It should be as long as it needs to be.

There is NO set format for a query letter. It should convey critical information about your skills as a writer, your expertise or barring that, your authoritative sources. Don’t pitch an interview on a technical subject without having a subject matter expert to back up the piece.

This is a subject that can go on forever. And don’t worry–I’ll write plenty more about this topic in coming weeks.

2 thoughts on “Not Getting Any Freelance Writing Gigs? Why Your Query Letter Sucks”